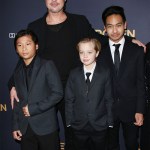 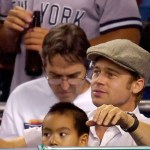 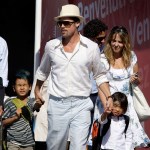 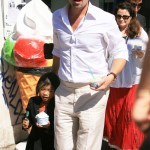 Despite their differences, Angelina Jolie is ecstatic that her children have a wonderful father in Brad Pitt. The Once Upon a Time… in Hollywood actor, 56, has stepped it up and become a completely “hands on” dad when he has custody of his younger children, a source close to Angelina tells HollywoodLife EXCLUSIVELY. Brad tackles everything from playtime to homework when the kids are at his house, and he absolutely loves every second of it. “When the kids go over to Brad’s house he makes a point of doing home cooking with them, as well as arts and crafts,” the source said. “They have a huge backyard, with a skatepark and all kinds of games, and Brad loves getting outside with them.”

So fun! While Brad and Angelina’s 18-year-old son, Maddox Jolie-Pitt is off at college in South Korea, their five others — Pax, Zahara, Shiloh, Vivienne, and Knox Jolie-Pitt — split their time between mom and dad’s places in Los Angeles. Our insider gave more insight into how Brad interacts with their children as a father. Along with homework help, Brad “talks to the kids about their lives and their opinions — you know, dad stuff.” And the kids adore their father, the source said. They love to show him what they’ve learned during their karate and robotics classes!

Though Brad and Angelina don’t speak much unless it’s about the kids, the exes have really come to a mutual admiration for each other as parents. Brad, for example, “admires how diverse [Angelina] has made the kids’ educations. He’s very proud of how smart and worldly his kids are. They amaze him.” And Angelina “appreciates that Brad gives [their kids] his undivided attention when they’re with him. It was a huge deal for him to skip the BAFTAs,” the source said. Brad had reportedly chosen to stay in Los Angeles, rather than fly to London in February after both Shiloh and Zahara underwent surgeries for separate conditions. “It really speaks volumes about Brad’s priorities,” the source told us. “No matter what, the kids come first.”