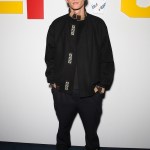 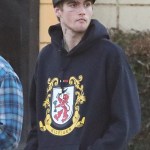 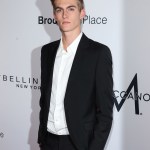 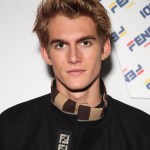 Presley Gerber issued a bizarre statement related to his face tattoo where he compared his ink to the transgender community.

Presley Gerber, 20, has received a ton of negative attention due to his face tattoo that he debuted last month. He hasn’t taken lightly to this criticism and spoke out about it in a message he posted to his Instagram stories on Wednesday, March 11. “Most and a lot of people can get a face lifts, change genders, lip injections, etc and it’s offensive to say anything in today’s day in age but I get a little face tattoo and now people to love hate me.. Hmmmm?” Presley, who is son of Cindy Crawford, 53, and Rande Gerber, 57 and older sibling to model Kaia Gerber, 18, appeared to have compared the negative reactions he got to the tattoo to the discrimination that transgender people receive in his perplexing statement.

He later showed off his face tattoo in a separate Instagram story of him lounging around with a lady friend while captioning the clip, “Beautiful moments.” Presley’s bizarre social media behavior occurred earlier on in the day when he posted a photo of a run down home (one of only two posts currently on his IG page). “I had to walk by 3x to make sure I wasn’t goin krazy,” he wrote. A fan responded in the comments section by bringing up his controversial face tattoo in a joking way. “That’s how I felt when I first seen your face tattoo.”

Presley’s face tattoo made its debut in early February on his Instagram. The fresh ink reads “Misunderstood” in all caps letters, and was done by renowned NYC artist Jonathon “JonBoy” Valena. “Thanks homie  @jonboytattoo,” Presley’s caption read. Jon posted his own version of the link while referencing his mother Cindy in the caption. “Sorry mom,” he wrote.

The blonde hunk has defended his decision to get this kind of ink in the past. “I don’t feel very understood I guess,” Presley said in a livestream last month after a fan asked why he got it. “If I thought this was going to ruin my face or I didn’t want this, I wouldn’t have done it. I think that’s a pretty obvious thing.”