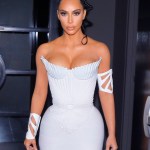 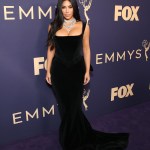 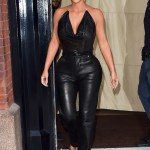 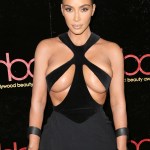 Amy Schumer made fun of Kim Kardashian’s SKIMS line by squeezing herself into a similar look while pretending to be runway ready in it!

LOL ahead. Amy Schumer, 38, brought on the laughs when she posted a photo of her seemingly mocking Kim Kardashian‘s popular SKIMS line on Wednesday, March 11. The I Feel Pretty actress shared an Instagram story of her making a ridiculous pose while rocking a V-neck T-shirt leotard over a pair of beige bicycle shorts in what has become a popular style for the mother-of-four and her husband Kanye West, 42. ‘Yeezy, @kimkardashian @skims. I am here and I will walk the runway,’ she captioned the super funny story. Kim, who has had a sense of humor about these kinds of things in the past (like her reacting to The Jonas Brothers reenacting her famous “Don’t be f***ing rude” KUWTK scene in January), enjoyed what she saw and responded with, “LOL, I love her!”

Amy, meanwhile, looked absolutely fabulous nearly one year after she welcomed her first child with husband Chris Fischer, 40. She gave birth to their son Gene Attell Fischer on May 5, 2019, one day before Meghan Markle & Prince Harry welcomed their little bundle Archie into the world. She poked fun about that when announcing the joyous baby news on Instagram. “10:55 pm last night. Our royal baby was born,” she said, while also sharing the first picture of her baby boy.

The hilarious comedian has also had no problem showing off the realities of the post-body baby bounceback after giving birth. She proudly flaunted her C-section scar while jogging in New York City in June of 2019 with a big smile on her face. Real Housewives of Beverly Hills star Teddi Mellencamp, 38, did something similar recently when she shared a photo of what her body looked like only days after giving birth to her daughter Dove.

Amy also had a fun time with Jessica Simpson, 39, after the pop star revealed she lost 100 pounds from her third pregnancy. Ok Simpson! Well ive [sic] lost 10 pounds and 100 dollars to my sister playing poker,” she captioned her bikini photo. The Trainwreck star further joked about their 90-pound weight loss difference by tossing in the hashtag #norush.