When Peter Weber dumped his fiancee, Hannah Ann Sluss, after filming The Bachelor, he made it clear to Chris Harrison that he wanted to pursue things with Madison Prewett, who dumped him before the final rose ceremony in Australia. Chris filled Madison in on Peter’s breakup, and she admitted that she was also ready to give it a second chance. Madison explained that life had not been easy since her split from Peter. She revealed that she regretted leaving Peter, and that she wished she’d done things differently. When Chris broke the news to Madison that Peter had ended his engagement, tears were immediately brought to Madison’s eyes. She said that she was willing to give it a second chance with Peter, and she packed her bags to head to L.A. with Chris.

Madison and Peter shared a sweet reunion, but there was clearly a lot to talk about. “I fell for you and that never changed,” Madison said. “I’ve been struggling with it ever since I got home until now. What I felt for you in Australia has not gone away at all. I know that I still have so much love in my heart for you.” Peter reciprocated those feelings. “I haven’t just fallen out of love with you,” he explained. “Obviously we both hurt each other like crazy, but obviously you’re here right now for a reason.”

The conversation ended a bit up in the air, with the pair unsure of what they wanted to do. They then reunited again on After the Final Rose, where Peter admitted that he was still in love with Madison, and she said the same. Finally, they discussed where things stand between them. Peter said he wants to take things “one day at a time,” even if there are a “million and one obstacles.” 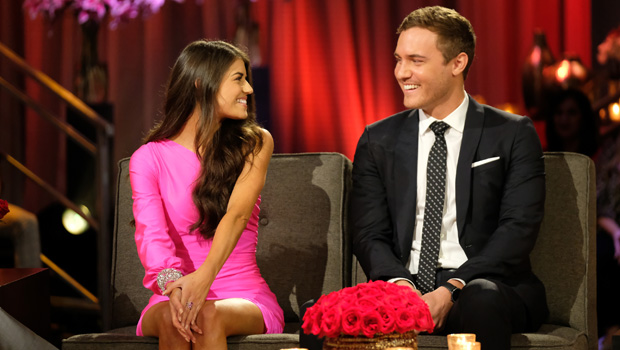 Madison’s initial decision to leave Peter before the final rose ceremony came when she realized that they simply would not be compatible together in the real world. It was clear on the show that the two had different religious values and morals, especially when it came to sex, and that their lifestyles were completely different. However, despite his parents’ concerns, Peter assured Madison that he was willing to compromise to make it work between them. Madison was realistic about the situation, though, and felt in her gut that it wouldn’t work out, which is why she dumped Peter and left The Bachelor.

He was distraught, but managed to pull himself together for a final date with Hannah Ann, who he was also in love with. At the final rose ceremony, Peter proposed to Hannah Ann. His family was absolutely thrilled, and the two spent a few weeks in engaged bliss. Back home, though, Peter started having second thoughts about his decision, because he knew he still had feelings for Madison. Peter wound up ending things with Hannah Ann so that he could pursue Madison, and the rest is history.