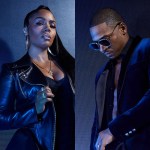 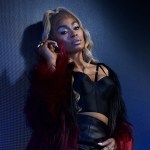 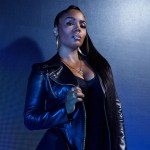 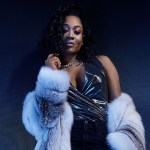 The ‘Love and Hip Hop: Atlanta’ super trailer has dropped, and season nine will be filled with plenty of drama! It includes weddings, arrests, fights and hair pulling!

Love and Hip Hop: Atlanta season nine premieres on March 16, and ahead of it VH-1 has dropped a nearly six-minute super trailer to show what’s in store for the cast.  Karlie Redd‘s introduced in a boxing ring hitting towards the camera saying, “This might be the biggest fight of my life.” She’s first seen standing at coffin at a funeral home with a tear running down her face. It’s unclear who died.The cast also finds out that she is married or was married. “For a year” someone can be heard saying over video of Karlie kissing the mystery man.

It appears Karlie secretly got married to someone Alexis Skyy was dating, and that this man gave Karlie a diamond ring that belonged to Alexis. She even says “He was in love with me. He gave her my ring and everything, so…” Karlie then gets into a physical fight with who appears to be Alexis at Rasheeda and Kirk Frost‘s 20th anniversary party. Security eventually pulls them away among the shouting as they lunge at each other.

Sierra is introduced wearing a flowing pink robe while sipping wine on a high-rise balcony. “It’s always when you’re on top of the world that the devil comes and gets you,” she says in a voice over. She has a court case coming up involving her “baby” and she cries when her friend says he won’t testify for her. She then explains, “The only little piece of hope I have left is Karlie,” who assures Sierra that, “If my friend needs me I’m there.”
Unfortunately Karlie showed up so late to court to testify that is appears she hurt the case. It comes up later at an event where the cast is gathered. Karlie tells Sierra, “I’m always going to have your back,” when someone calls her a “liar.” Sierra lunges at Karlie and a fight breaks out, with Sierra eventually pulling Karlie’s hair as the cast tries to separate them.
Stevie J and is ex, Mimi Faust are introduced with Mimi explaining “Stevie is the master of playing chess and checkers. Guess what. I’m the queen and I know how to play this whole board. They’re seen in a music studio talking about her relationship with her girlfriend. She admits to Stevie that she doesn’t know if she’s ready for marriage.
Rasheeda and Kirk, “who’ve been grinding”‘ celebrate their 20th wedding anniversary with a massive blow out party. However the drama comes when his son Kirk Frost Jr. gets arrested and held in jail without bail. Rasheeda is seen telling the girls that police allege that her step-son had a sawed-off shotgun on him when he was pulled over by the cops. Though she says he didn’t.
Yung Joc is introduced by saying, “Relationships are hard. But if I can keep this train on the track, Kendra and I will be walking down the aisle in a few months.” Kendra has her bachelorette party at what appears to be a drag club. But troubles arise when Joc tells her, “Ever since I asked you to be my wife you’ve been really different.” He then reveals that Kendra has been pushing him to have a vasectomy, but he’s wondering about what will happen if he wants more kids. “We do not need no more damn kids,” she’s seen snapping at him.
Scrappy and his mom talk about her alleged drinking problem, which sparks a ton of drama at his surprise birthday party when someone tells him his mom is drinking. It appears that her loved ones then stage an intervention, as Scrappy’s mom gets super defensive when asked “are you off the pills or just the alcohol?” Then she’s seen hospitalized and Scrappy says, “We have to save her, even if she doesn’t want to save herself.” Wow! So much to take in. We can’t wait to watch when Love and Hip Hop Atlanta season nine premieres on March 16, 2020 at 8pm ET/PT on VH-1.