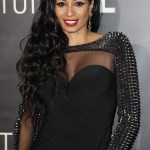 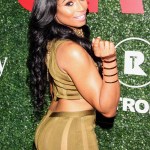 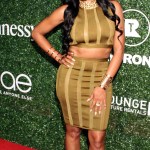 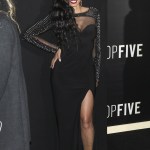 Karlie Redd is engaged and now she’s ready to have a baby. Karlie goes to the doctor to learn about her IVF options on the April 8 episode of ‘LHHATL.’

Karlie Redd is determined to have a baby boy with her new fiance, Maurice “Mo” Fayne. “At my age, getting pregnant, it can be hard,” Karlie admits. “IVF is the best way to go.” Karlie has yet to confirm her age publicly, but IMDb lists her birthday as April 15, 1973, so that would mean she’s 45 years old. Karlie and Mo would both like to have a little boy since they already have girls.

She goes to her OB/GYN doctor to get more information about IVF. Her doctor tells her that she’s got 7 follicles total and “everything looks good to have another baby.” Karlie wants to have another child ASAP. Karlie’s doctor tells her that she’ll likely have to do 2 or 3 cycles of egg retrievals to get 6 eggs to implant. There’s a lot to think about and she has to talk to Mo.

Later, Karlie and Mo go to test cakes for their engagement party. She tells him about going to her OB/GYN doctor. Mo wants to know if something’s wrong. While Karlie’s not high-risk, she knows her clock is ticking. “I thought we was going to go get married, get comfortable, then have a baby,” Mo says. If Karlie wants to have a baby sooner rather than later, Mo notes that they can always do a wedding “at any point.”

Also during the new LHHATL episode, Cece and Momma Dee make amends so Bambi and Scrappy can be stress-free before the baby comes. Tiarra throws a party for Scrapp Deleon after he gets out of prison. She gets a little frisky with her ex at the get-together and Scrapp wants her to “pump the brakes.” Later, Scrapp admits to Tiarra that he’s been seeing Moniece.