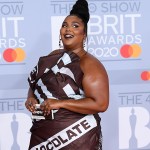 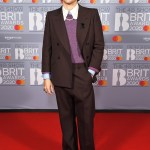 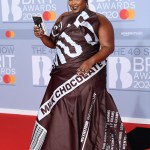 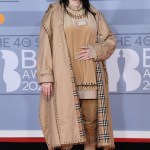 Harry Styles gave such a vulnerable, emotional performance of his ballad “Falling” at the 2020 BRIT Awards after walking the red carpet in a truly unique look.

The BRIT Awards wouldn’t be complete without this star! Harry Styles took the stage at the O2 Arena for the 2020 Brit Awards with an incredible performance of his ballad, “Falling.” Harry appeared in a pool of water with nothing but two pianos behind him that had water cascading down the instruments. He wore an all white outfit that included a lace top and suspenders on his similarly fashioned pants. The singer also accessorized with a pearl necklace and lace gloves. Harry’s voice sounded pitch perfect, as he crooned that he was “Falling again” to the stunning melody of the song. The audience was floored by the beautiful performance, and applauded with so much love and enthusiasm.

Before his stunning performance, Harry took to the red carpet of the awards show on Feb. 18 and showed off quite a unique look! The “Lights Up” singer, 26, hit the red carpet outside of the O2 Arena in London sporting a dashing suit. The 2020 two-time nominee rocked a monochromatic dark blazer and pants along with a plum colored sweater over a dress shirt with an intricate white collar piece. Harry also fashioned a necklace with the look along with a few rings, and sported his hair in a casually coiffed style. As he passed by fans, the performer appeared poised for a great evening!

Harry has been having an incredible year leading up to tonight’s BRIT Awards. His second solo album, Fine Line, debuted at number on the UK charts, making him the first male UK artist to have two albums debut in the number one spot — the first being his debut, self-titled album! What’s more, his former One Direction band member, Liam Payne, sent Harry a lot of love for the major accomplishment. “Massive congrats H, on becoming the first UK Male artist to debut at No.1 with your first two albums! What an achievement, you must be over the moon @Harry_Styles,” Liam’s Dec. 23 tweet read. Fans were so happy to see the pair still showing their strong bond after their group went on hiatus in 2015.

But since One Direction’s break, Harry has gone on to join some pretty famous faces on stage. Most recently, newly-minted Grammy winner, Lizzo, performed at a private SiriusXM concert in Miami on Jan. 30 and brought out Harry to surprise fans! The duo were a match made in musical heaven. Not only did Harry sing along to Lizzo’s hit song “Juice,” but he also showed off his dance moves. Harry should be walking into the O2 Arena in London for the BRIT Awards with some confidence. The singer earned nominations for Best British Album, Fine Line, and Best British Male Solo Artist! Along with his own performance, Harry is in the company of some major stars. Lizzo already performed a medley of her hits at the British awards show, and major Grammy winner Billie Eilish will soon take the stage! For all things BRIT Awards, keep checking with HollywoodLife on the latest!