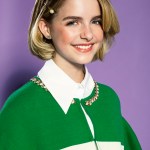 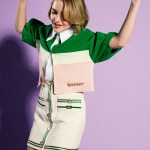 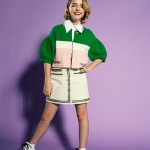 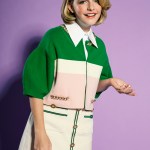 We’re anxiously awaiting for the next Ghostbusters film & actress Mckenna Grace is promising that the movie will be ‘magnificent’ in an interview with HL!

At just 13, Mckenna Grace has already worked with some of Hollywood’s biggest stars, and her future is only looking more and more bright! The actress just starred opposite Viola Davis and Allison Janney in Amazon’s hilarious Troop Zero as the quirky Christmas Flint, and now, she’s gearing up for her summer blockbuster, Ghostbusters: Afterlife. In an EXCLUSIVE interview with HollywoodLife.com, Mckenna raved over working with Finn Wolfhard on the movie, due out in July 2020, and teased what she could about the beloved franchise. “I’m still pinching myself, like how? How did I end up doing this? How did I end up here?!” she gushed over her experience. “I can’t even put it into words how thankful I am that I got to experience that and that I got to be in Ghostbusters and that I got to work with Finn and Miss Carrie [Coon] and Mr. Paul Rudd and Jason Reitman.”

While she couldn’t give too much away, she said the movie will be “absolutely magnificent,” but that “nothing compares to the original.” “But then again…” she paused, “our film is pretty good.” Mckenna had her breakthrough moment as an actress when she was 9 years old and starred alongside Chris Evans and Octavia Spencer in the movie Gifted in 2017, and has since played young Carol Danvers in Captain Marvel and young Tonya Harding in I, Tonya. Despite these major moments, the star explained that most recently, the biggest “pinch me” moment in her career was her time on the set of Ghostbusters. “Just having that experience as a whole — the entire things — I mean, it’s Ghostbusters!” she said in awe. “It’s absolutely insane.”

When it comes to working with these major stars as such a young age, Mckenna told HL that it is “slightly intimidating… but they’re so nice.” “I really loved getting to work with them. Just being on the set with them, it was a learning experience,” she said of her most recent experience with Viola and Allison. “They didn’t even have to tell me anything, just watching how they acted on set and how amazing they are.” She added that she’d love to work with Chris Evans again, and still is in touch with Octavia Spencer. “She gives us advice, because she’s been doing this for a long time. We still talk and we get advice from her, and we’re like, ‘What should we do about this project? We don’t know what to do.’ She’ll help. She’s really great,” Mckenna explained.

Ghostbusters: Afterlife is due out in theaters July 10, 2020. It will follow Finn as Trevor and Mckenna as Phoebe, two kids, new to a small town who begin to discover their connection to the original ghostbusters and the secret legacy their grandfather left behind.