When that Rolling Stones biopic gets off the ground, they’re going to cast Finn Wolfhard, 16, to play Mick Jagger now, right? The Stranger Things star looked like a young Jagger in the pic he uploaded to his Instagram on Oct. 21. “Not gonna lie, my hair is like that right now,” he captioned the shot, which showed his normally curly locked sheared down to a shaggier style. The makeover was met with love from all of his friends and followers. “Yessss hairrr,” wrote Vanessa Hudgens. “Aye, [Finn] I think we’re catching the same vibe,” wrote Caleb McLaughlin. “Shag life,” commented the band Lunar Vacation. Maika Monroe called his haircut “something special.”

While some of the fans saw young Mick, Cole Becker, lead singer of the band SWMRS, thought Finn was channeling another rock icon. “What’s up, Patti Smith!” Finn, for his part, compared himself to YouTuber Orion Carloto. Finn uploaded a second picture of his shaggy ‘do on Oct. 22 and tagged Orion. “Okay twin go off!!” she wrote in the comments section. Floria Sigismondi, the director of 2010’s The Runaways, said that she “love(s) it!!” Considering she directed that biopic about Joan Jett, Lita Ford, and Cherie Currie, and Jackie Fox’s old punk band, she would know a thing or two about sharp hairstyles.

Finn’s Stranger Things co-star, David Harbour, also chimed in. “I told you time and time again, I should not be your hair role model.” Hey, who knows what kind of hair Hopper was rocking? He might have caught the Stones’ show at Chicago’s International Amphitheatre in ’69 before hitching a ride back to Hawkins, Indiana. 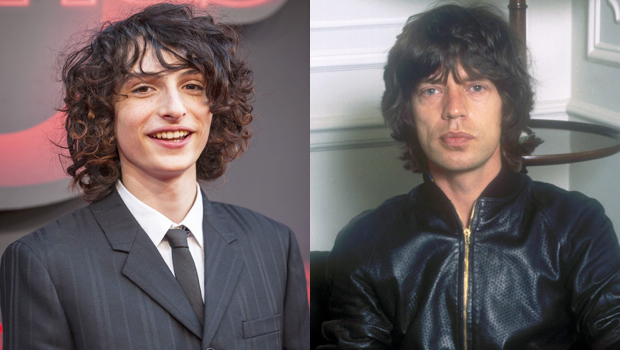 Not every Stranger Things makeover goes over so well. While fans are flipping out over Finn’s locks, they were ready to send Joe Keery to the Upside Down after he busted out some bangs. He seemingly combed his hair forward and downward before hitting up a Chanel event in September. Shortly afterward, Steve Harrington proved that his feathered ‘do was alive and well. The outcry left Joe befuddled. “It’s just a regular person getting a haircut,” he said a month later at New York Comic-Con. Perhaps it’s just a haircut to Joe, but to fans? Not so much. Oh, and the less said about David Harbour shaving off his beard, the better.