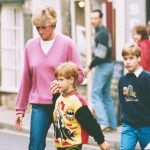 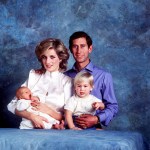 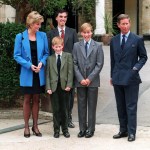 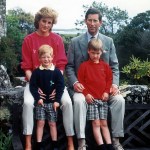 Prince Harry opened up about his ‘mental health’ at his first joint public appearance with Meghan Markle since leaving the Royal Family, a new report claims.

Prince Harry, 35, is growing more outspoken ever since leaving behind his old life as a senior member of the United Kingdom’s Royal Family. He bravely talked about his mental health and the impact of Princess Diana’s death at a JPMorgan event at 1 Hotel in Miami’s South Beach on Feb. 6, according to Page Six, whose source claimed that Harry and Meghan Markle, 38, were keynote speakers at the exclusive affair. That would make the outing Harry and Meghan’s first joint public appearance ever since breaking away from the Royal Family!

“Harry spoke about mental health and how he has been in therapy for the past three years to try to overcome the trauma of losing his mother,” the source claimed. “He talked about how the events of his childhood affected him and that he has been talking to a mental health professional.” Harry has been in therapy for “three years,” Page Six specifically noted in its report. Harry was just 12 years old when he lost his mother. The beloved princess died in a car crash in Paris’ Pont de l’Alma tunnel in 1997, after being closely followed by paparazzi. It was a tragic loss — not only was Diana revered by fans across the world, which earned her the nickname of the “People’s Princess,” but she was also famous for being a doting mom to Harry and his brother Prince William, who’s now 37 years old.

Harry reportedly tackled the current issue at hand as well, which would be his dramatic farewell to the royal life. “Harry also touched on Megxit, saying while it has been very difficult on him and Meghan, he does not regret their decision to step down as senior royals because he wants to protect his family,” the source added. “He does not want Meghan and their son Archie to go through what he did as a child.” HollywoodLife has reached out to Kensington Palace to confirm this report. As for where Harry and Meghan are staying in Miami, Page Six “believed” that the former senior royals are crashing at Serena Williams’ private mansion in Palm Beach!

Harry and Meghan announced they’d be relinquishing their roles as senior members of the Royal Family on Jan. 8, which led to the loss of their His/Her Royal Highness titles, and required the duke and duchess to repay the renovations they made on Frogmore Cottage. Despite the consequences of this career and life change, Harry insisted that they had “no other option” while breaking his silence on the big decision at Ivy Chelsea Club in London on Jan. 19.

“Our hope was to continue serving the Queen, the commonwealth, and my military associations, but without public funding. Unfortunately, that wasn’t possible,” Harry told the crowd gathered at the Ivy Chelsea Club. “I will always have the utmost respect for my grandmother [Queen Elizabeth II], my commander in chief, and I am incredibly grateful to her and the rest of my family, for the support they have shown Meghan and I over the last few months.”