Plenty of stories have surfaced about what happened between the ladies of Jersey Shore during Angelina Pivarnick’s wedding in November, and soon, we’ll finally get to see what really went down when the show returns on Feb. 27! On Feb. 6, MTV released a new teaser of what’s to come. In the footage, Nicole “Snooki” Polizzi, Jenni “JWoww” Farley and Deena Cortese can be seen giving a speech at the wedding. The camera cuts to others in the venue chorusing in ‘BOOOOs,’ while the girls awkwardly try to laugh it off, with shocked looks on their faces. Then, another scene shows Angelina looking quite upset while being shepherded out of the room in her wedding dress.

As HollywoodLife EXCLUSIVELY reported, Angelina got super upset with her female co-stars during the wedding because of the content of their speech. The ladies joked about how Angelina had already been engaged several times before marrying Chris Larangeira…and Angelina did not find it funny. “She was furious over it,” our source revealed. “It really upset her.” The tension from the wedding spilled over, and has taken a toll on Angelina’s friendships with her co-stars, but it looks like we’ll have to wait and see if there’s any hope for repairing the friction!

The wedding is just part of what’s to come as season three continues, though. Before the drama began, the group celebrated Angelina’s final days as a single woman with a wild bachelorette party. JWoww also had reason to celebrated, as her divorce from Roger Mathews was finalized. Plus, of course, Mike “The Situation” Sorrentino became a free man after being released from prison, and he reunites with his castmates in the teaser. 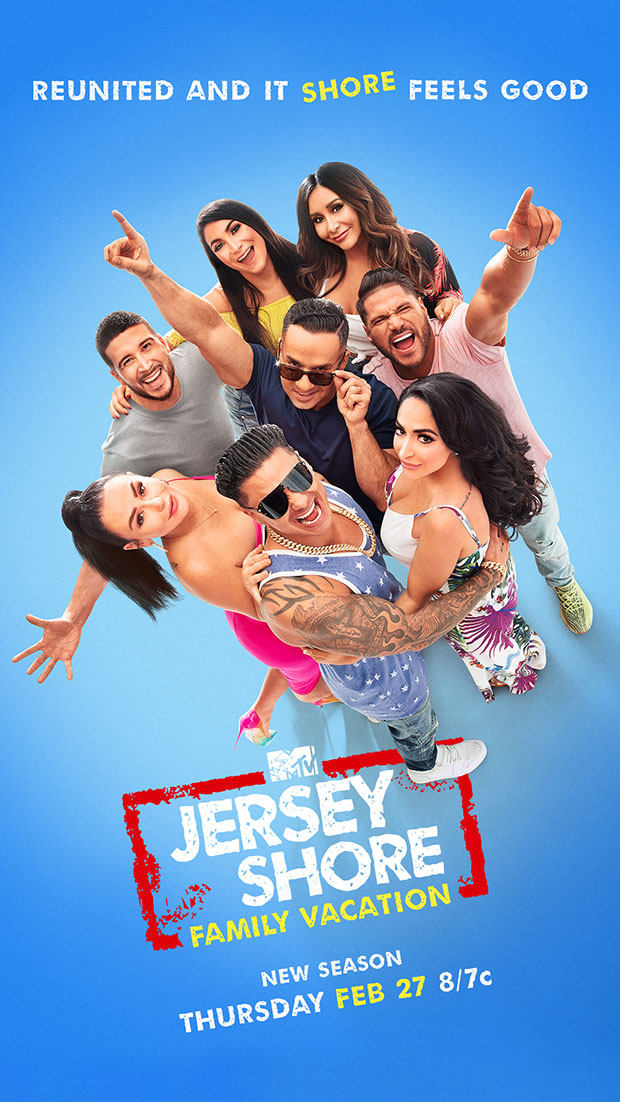 Leading up to the Feb. 27 premiere, MTV will air an all-day Jersey Shore marathon of the previous season three episodes. The new episodes will air on Thursdays at 8:00 p.m.