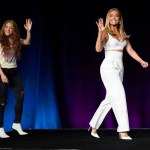 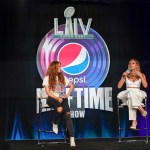 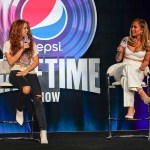 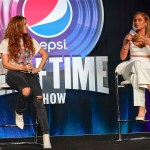 Jennifer Lopez and Shakira dazzled while previewing their ‘awesome’ Super Bowl halftime show at a press conference in Miami on Jan. 30. JLo explained how important the show is for not only her, but her daughter and girls everywhere!

Jennifer Lopez and Shakira stunned at a press conference discussing their Super Bowl halftime show on Thursday afternoon in Miami, where the big game will take place on Sunday, February 2. Both singers looked beautiful in their own right, with JLo, 50, in a white crop top and matching pants and Shakira, 42, dressed in a t-shirt and ripped jeans. And yes, JLo’s bling cup will be on or near the stage on Super Bowl Sunday.

The pop stars revealed that their Super Bowl halftime show is much bigger than the 12 minutes of entertainment that fans will see. JLo admitted that this Sunday is a big victory for women, and that she hopes their performance will be an inspiration to her daughter, Emme, 11, Latina girls and girls of all races. “The two teams that are playing are run by women, then you have two women headlining the halftime show. — That statement alone is empowering to me,” she said, explaining, “When I think of my daughter and all the girls around the world — to have two Latinas doing this, I’m very proud to put forth that message.”

While JLo admitted she didn’t want to give away too much about the halftime show, she did reveal that it will be jam-packed with surprising moments. “When we finished the first run through Shakira looked at me and said, ‘You’re amazing,’ and I said, ‘You’re amazing!'” she recalled. “It’s a lot of energy, it’s entertaining, there’s heartfelt moments. — We run the gamut,” she continued, admitting, “It’s very JLo and Shakira.”

Jennifer continued, “It’s packed with awesome moments. I want everyone to be surprised… Even when we walked in the stadium the other day, there’s so much energy. There’s so much attention on this show and this game. It’s an intense energy. You have to rise to the occasion and be ready,” she said.

Shakira, who admitted that they’ve been working really hard in rehearsals, looked at Jennifer and added, “Your show and my show are very different, but they’re very complimentary of each other.” 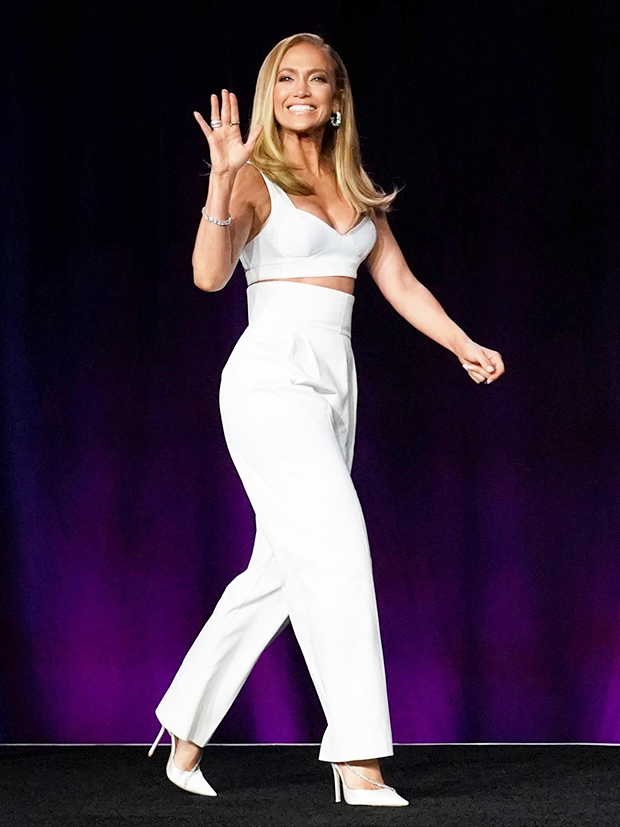 Jennifer and Shakira will headline Super Bowl LIV in Miami, Florida this Sunday, February 2. The performance marks the first time two Latina women will co-headline the coveted gig together, as well as the first time JLo and Shakira will perform together on the same stage. The Colombian singer and the Bronx native will have 12 minutes to entertain millions from Miami’s Hard Rock Stadium. Demi Lovato will sing the National Anthem.

Also announced during the press conference, DJ Khaled will be on the field pre-game playing music from a DJ booth selected by the players from the Kansas City Chiefs and the San Francisco 49ers. Pitbull and Dan + Shay will also perform during Super Bowl weekend.