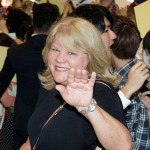 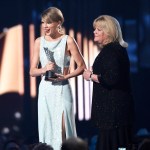 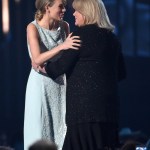 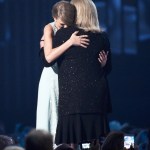 In an emotional new interview, Taylor Swift has opened up for the first time about the specifics of the heartbreaking cancer battle that her mom, Andrea Swift, is dealing with.

“While [my mom] was going through treatment [for cancer], they found a brain tumor,” Taylor Swift told our sister site, Variety. “And the symptoms of what a person goes through when they have a brain tumor is nothing like what we’ve ever been through with her cancer before. So it’s just been a really hard time for us as a family.” While Taylor has been open about the fact that her mom, Andrea Swift, has been battling cancer, she has never revealed the specifics of the 62-year-old’s disease until now. Fans will get to see more about what the Swift family had to deal with in Taylor’s upcoming documentary, Miss Americana, which will premiere on Netflix on Jan. 31.

“Everyone loves their mom; everyone’s got an important mom,” Taylor added in the Variety interview. “But for me, she’s really the guiding force. Almost every decision I make, I talk to her about it first. So obviously, it was a really big deal to ever speak about her illness.” Taylor first revealed that her mom had been diagnosed with cancer in an emotional Tumblr post in 2015. Then, in March 2019, she told Elle magazine that the cancer had returned. It was during Andrea’s second battle with the disease, while she was going through chemo, that doctors discovered the brain tumor.

This diagnosis is the main reason that Taylor has decided to forego going on a traditional tour for her Lover album this summer. Instead, she’ll play festivals all over the world, which will allow her much more freedom with her schedule. “I mean, we don’t know what’s going to happen,” she admitted.”We don’t know what treatment we’re going to choose. It was just the decision to make at the time, for right now, for what’s going on.”

While Taylor has, understandably, not spoken much about Andrea’s cancer, she did include an emotional song about the ordeal on her 2019 album, Lover. On the track, “Soon You’ll Get Better,” Taylor sings about sitting in a hospital waiting room with her mom and reveals her fears about losing Andrea. It’s an absolutely gut-wrenching track, and Taylor said that she collectively decided with her family to include it on the album before releasing it. Our thoughts are with the Swift family during this difficult time.