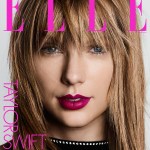 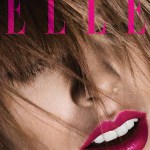 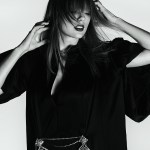 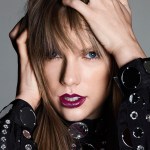 In a vulnerable new interview, Taylor Swift revealed that her mom is battling cancer once again, and opened up about how having two parents who’ve fought the disease has completely changed her perspective.

Four years after Taylor Swift first told fans that her mom, Andrea Swift, had cancer, she revealed that the horrific disease has returned. The 29-year-old gave a tell-all interview to Elle about 30 things she’s learned ahead of turning 30, and one of them was all about what seeing someone struggle with illness has taught her. In the essay, she also revealed that her dad, Scott Swift, previously battled cancer, as well. “Both of my parents have had cancer, and my mom is now fighting her battle with it again,” Taylor wrote. “It’s taught me that there are real problems and then there’s everything else. My mom’s cancer is a real problem. I used to be so anxious about daily ups and downs. I give all of my worry, stress and prayers to real problems now.”

Andrea was first diagnosed with cancer in 2015, and Taylor shared the heartbreaking news with fans via a post on her Tumblr page that April. The specifics of what kind of cancer Andrea battled were never revealed. Just weeks after the singer revealed the diagnosis, though, her mom was by her side at the ACM Awards, and nearly broke down in tears while honoring Taylor with the Milestone Award at the ceremony. The specifics of Scott’s cancer battle have never been made public, either.

Taylor previously wrote a song, “Ronan,” about a little boy who died of cancer, and when she sang it in front of his family at a concert in Aug. 2015, she got  choked up while discussing Andrea’s battle with the disease. “I’ve had cancer hit really close to my family,” she said, while fighting back tears, during the Phoenix 1989 tour stop. ” The lyrics to the track were based off journal entries written by Ronan’s mother, who was in the crowd and got a massive round of applause from Taylor’s fans.

Taylor’s Elle interview was full of vulnerable confessions like this one, but she also added her quirky personality into the mix by making some jokes, as well. In her essay introduction, Taylor explained that she’s looking forward to finding out if her 30s are the “most fun” like everyone says, and added, “Until then, I thought I’d share some lessons I’ve learned before reaching 30, because it’s 2019 and sharing is caring.” Amen!