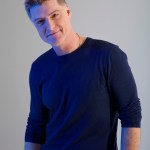 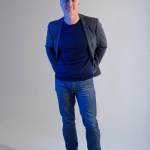 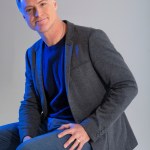 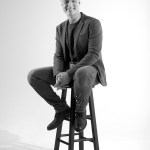 The Alanis Morissette Broadway show tackles a range of cultural issues, while also tying to the singer’s mantra of communication, explains the star.

Sean Allan Krill takes on the role of Steve in the new Alanis Morissette Broadway musical Jagged Little Pill. In addition to the catchy and beloved tunes by Alanis, the show beautifully takes on several culturally relevant storylines, like addiction and sexual assault with a script by Diablo Cody. Steve is the patriarch of the Healy family, and appears to be an absent, workaholic father who currently has a major wrench driven in his marriage with his wife Mary Jane, who is secretly suffering from an opioid addiction.

“With Steve, definitely what Diablo Cody wrote is man who is really just trying to do the very best he can in the given situation. I feel like it’s this status quo they’ve set up as a family, that he goes and works and he supports the family, while MJ stays home and takes care of the kids, and flash forward 20 years and he wakes up and he’s like, and she even says, “You don’t even know us. You’re always working,” Sean explained in an EXCLUSIVE interview with HollywoodLife.com. “But that was what they agreed on, an unspoken agreement, but I think that’s what I love about this. That’s what the story’s about, it’s these unspoken resentments that can build up in relationships.”

He continued, “That’s what Alanis is so much about, her mantra is reach out, communicate, speak, relational healing. That’s the way we can heal as human beings to reach out, share your deepest, darkest fears and that’s the way we grow and learn as human beings. I love knowing that we’re headed toward ‘You Learn.'” In addition to tackling a story of hidden addiction, Jagged Little Pill also tells a story of sexual assault, and Sean revealed that it was important to him to help show how men can be a part of the solution to fixing this epidemic.

“My greatest want with this was that I just didn’t want all the guys to be the bad guys, because ultimately with this kind of change that our culture desperately needs … everybody has to be a part of it. So, I think there are a lot of men that are in that situation, particularly Steve’s situation that are going, ‘Okay, what are the right questions? What’s the right thing to do right now for you? How can I help?'” he explained. “We explored that because Diablo wrote two really good guys that are just struggling to figure out why their family’s falling apart. I think they show by example how men can be a part of the solution.”

Jagged Little Pill is currently on Broadway playing at the Broadhurst Theater in NYC.