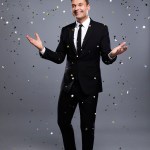 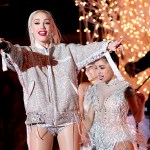 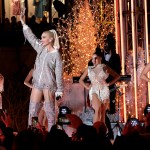 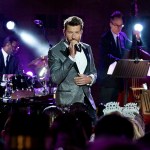 Fans were left scratching their heads after Alanis Morissette’s classic, ‘You Oughta Know’, got majorly censored during a NYE broadcast.

Isn’t it ironic, don’t you think, that an Alanis Morissette song that has played on the radio with no problems for 20 years is now getting censored? The singers’ fans are outraged after ABC bleeped out a hefty chunk of the (raunchier) lyrics to “You Oughta Know” during her New Year’s Eve performance! Alanis, 45, did a killer rendition of her 1995 classic with the cast of Broadway’s Jagged Little Pill, but unfortunately viewers at home didn’t get to hear the full version. Some of the “edits” were understandable, like the f-bombs, but others left fans scratching their heads. Like, “an older version of me” doesn’t fly? Some fans pointed out the double standard of popular TV shows freely describing the same sexual content as Alanis’ lyrics with no issue.

“Bleeping out “perverted” during Alanis’ moment is INSANE! I know for a fact
@nbclawandorder #SVU says the same word in every other sentence so let’s not play #ABCNYE #jaggedlittlepill,” a fan correctly stated. Another pointed out that President Donald Trump says some truly vile things every day with no repercussions… they have a point. Everyone could agree on one thing: aside from censorship, Alanis and her Broadway cohorts’ performance on Dick Clark’s New Year’s Rockin’ Eve with Ryan Seacrest was phenomenal. What better way to start the decade than by getting all that angst off your chest? If you’re curious about those (apparently) forbidden lyrics, listen to “You Oughta Know” here!

For those not in the know, “You Oughta Know” is the story of Alanis sending a loud message to her ex-boyfriend — who did her dirty — and his new girlfriend. Wild lyrics aside, the most shocking thing about the song is that it’s about Dave Coulier. Yes, Alanis and Uncle Joey from Full House dated in 1992. What a world.

Bleeping out “perverted” during Alanis’ moment is INSANE! I know for a fact @nbclawandorder #SVU says the same word in every other sentence so let’s not play #ABCNYE #jaggedlittlepill pic.twitter.com/uxEilbCVv3

Alanis had a truly wonderful 2019. Along with her musical hitting Broadway, she also welcomed her third child with husband Souleye into the world in August: a son named Winter Mercy Morissette-Treadway.