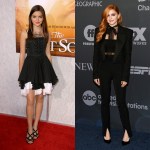 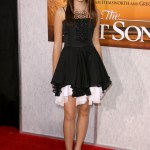 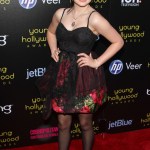 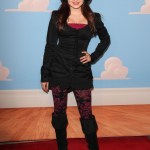 Ariel Winter looked so fresh-faced and happy while running errands in LA with a friend, ditching the makeup for a more casual look. Who needs makeup when you look this cute naturally?

There’s no celebrity more relatable than Ariel Winter! The Modern Family star, 21,  knows that a trip to the grocery store doesn’t really require a full face of makeup, and she’s totally confident about going without it in public. Ariel was spotted running errands with a friend in the Studio City neighborhood of Los Angeles, on January 19, keeping things casual in just a white tee, white sneakers, and a pair of dark wash skinny jeans, and no makeup. She wrapped a white sweatshirt around her waist and went without jewelry, just clipping her keys to her belt loops for her trip to Trader Joe’s and a trendy dispensary.

Ariel, who kept her black hair back in a messy bun, doesn’t shy away from going without makeup. She’s frequently seen without it. If she’s not hitting a red carpet, on the set of Modern Family,  or out on the town with friends or her boyfriend, Luke Benward, she’s happy keeping things low-key. Just recently, Ariel was spotted leaving an acting class in Los Angeles with no makeup and without her hair done, wearing a Mickey Mouse t-shirt and skinny jeans. And right before Christmas, she went to a hot yoga class in Studio City with a bare face and a Santa shirt. So cute!

The last time we saw Ariel going full glam was at the 2020 Golden Globes in January. She looked stunning in a canary yellow gown that featured just one sleeve and a mock turtleneck. Her hair was full of volume with a swooping bang in the front. And she layered on eyeliner and brown eyeshadow, going with a nude glossy lip and coral blush. She completed the look with some serious arm candy: Luke!

Maybe the best part of her whole look was her smile. An eyewitness at the InStyle/Warner Brothers Golden Globes after party told HollywoodLife EXCLUSIVELY that, “Ariel was in great spirits and looked amazing. They were really cute and not overly-heavy on the PDA.”