Carole Radziwill quickly became a fan favorite when she was  introduced to fans on The Real Housewives of New York City in 2011. After six seasons on the show (seasons 5-10), she announced her official exit on July 25, 2018 — breaking hearts, including ours, of those who loved her as a main fixture. Sadly, a return to the show is not in Carole’s future, she told HollywoodLife during an exclusive interview on January 14. Carole was celebrating the launch of her new loungewear collection with Smash + Tess at the Crosby Street Hotel in New York City.

It’s no secret that Carole’s exit was in part due to the drama of the show, which included her tumultuous feud with cast mate and former friend, Bethenny Frankel, who announced her exit from the show in August 2019. Nonetheless, both former Housewives have since moved on from the rift and are focused on their own business ventures. However, Bethenny or no Bethenny, Carole wouldn’t return to the franchise — and it has nothing to do with the SkinnyGirl founder.

“No, I would not return,” Carole confirmed. “There’s women on the show that I still have a genuine connection with, who I respect, and admire, but I would not go back on the show,” she said, explaining, “It’s not something that I would ever consider doing again, because it just feels like there’s really not more to explore there for me.”

While Carole admitted that she would not be open to doing a reality show about her own life, she isn’t closing the door to other opportunities in TV.

“I’m open to doing scripted television shows based on my experiences,” she said, noting that the novel she wrote, Widows Guide to Sex & Dating is in the works to be developed into a TV series. “So, that’s sort of more my interest, and other projects that are not reality projects, or scripted television projects. I think that’s the direction in which my life is taking me. And, you know what they say in Hollywood, ‘Ride the horse in the direction it’s going,’ and the horse is definitely not going towards the reality show.” 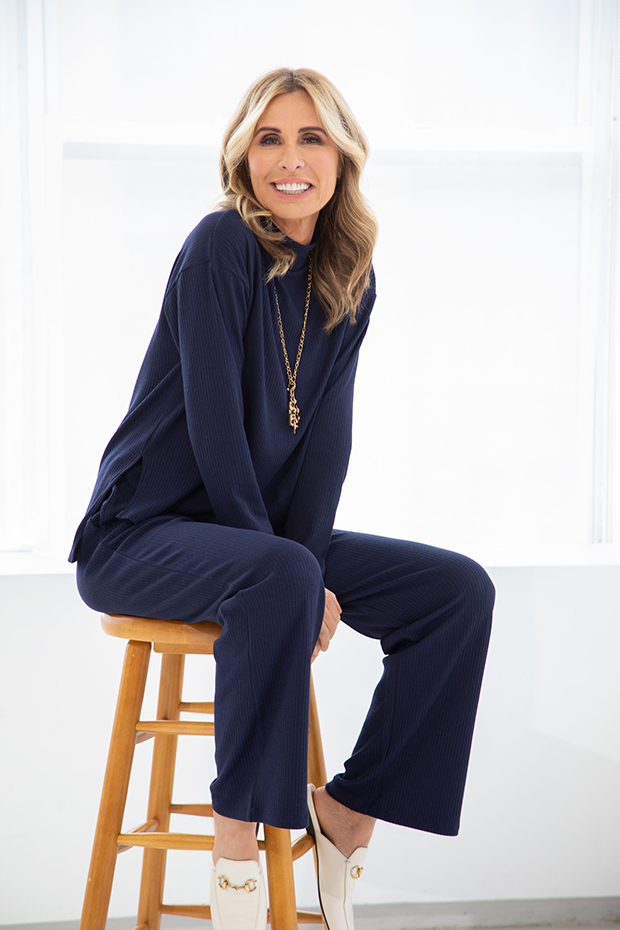 As for what she’s you been up to since her Housewife days? — Carole has been busy working with female-led companies, something she takes a great deal of pride in.

“I’ve developed collaborations with a few female driven companies doing collaborations with them, and I’m loving it,” she said. “It’s fun to work with young women who are just starting out, who are building companies, who are passionate about what they do, whether it’s rompers or pillows.”

Most recently, Carole has teamed up with  Smash + Tess. We caught up with her while she celebrated the launch of their loungewear collection, which consists of neutral tones, such as beige and navy and signature dropped waist rompers matched with dusters. The brand is known for its extremely soft and versatile pieces, and has also been favored by Jenna Dewan, Hilary Duff, Jessica Alba, Viola Davis and Alessandra Ambrosio.

“They reached out to me on Instagram, you know, where all good things happen,” Carole said of how the collaboration came about. “The company noticed that I had been posting a lot about rompers and we started discussions, and I just kind of fell in love with her and the company.”