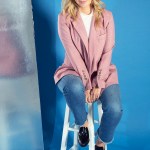 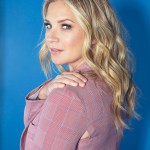 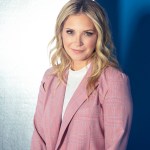 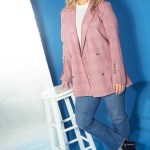 Could there be a baby in the future for Eddie & Jamie on ‘Blue Bloods!?’ Actress Vanessa Ray teases what’s to come for the couple!

This season on Blue Bloods, Jamie and Eddie are working through the kinks of married life, while also balancing their demanding work lives. While the fan-favorite newlyweds continue to figure things out, we can’t help but wonder when they’ll start a family of their own! Vanessa Ray, who plays Officer Eddie Janko-Reagan in the series, spoke to HollywoodLife.com in an EXCLUSIVE interview about what is to come in her character’s marriage to Jamie, and if we can expect kids soon for the couple! “They are crazy about each other, but there’s a lot they have to deal with and sort out,” she explained. “I’m the worst keep of secrets, so no, I don’t know if they’re going to start a family soon, but it’s something they talk about a lot.”

She continued, “Eddie and Jamie fell in love being equals, and one or both of them would have to step back from a bit of their career that they love so much [when they start a family.] There are days where they say, ‘Yes, of course we’re going to start a family.’ And then there’s days where she goes, ‘I don’t think I could give this up so casually.’ It’s interesting to see them play around.”

Where Jamie and Eddie really struggle this season in Blue Bloods is when it comes to each of their in-laws. “Eddie had a beautiful relationship with her dad. It just turned out that she had to cover for him and she had to lie for him for all these years. So, to be with somebody who she doesn’t have to do that with is new to her, and I think there’s some times where she resents how lucky the Reagan’s are to have the life that they have,” Vanessa explained, referring to Eddie’s father who was jailed for working for a company involved with a Ponzi Scheme. “I think that’s difficult sometimes for her to not get to say everything she wants because she has to hold her tongue a lot of the time. She doesn’t relate to them. She doesn’t come from their world at all.”