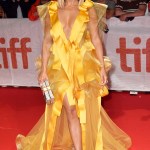 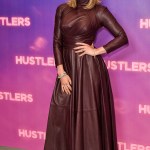 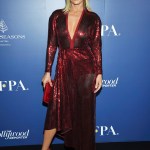 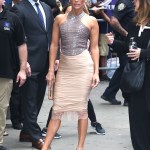 Fans and pundits alike were shocked and disappointed that the Academy of Motion Picture Arts and Sciences chose to not recognize the acting of Jennifer Lopez in ‘Hustlers’ and more following the Jan. 13 nominations announcement.

Campaigning is over for a number of remarkable performances and craft in a year of excellent cinema. Devoted fans and journalists were shocked and discouraged when the 2020 Oscar nominations were announced by Issa Rae and John Cho on Jan. 13 and a number of names and films went without recognition. Atop the list was Jennifer Lopez, whose work in Hustlers had previously been rewarded with Golden Globe, Screen Actors Guild, and Critics Choice Award nominations. But when it came time to reveal the nominees for Best Supporting Actress, the names that were shared didn’t include her among the ranks.

The same circumstance befell Beyonce and Taylor Swift for their contributions of Original Song to the films The Lion King and Cats, respectively. Taylor’s lack of nomination for her ballad “Beautiful Ghosts” wasn’t a huge shock — considering she didn’t even make it on the shortlist of potential nominees. However, Beyonce was thought to be a likely nominee with her song “Spirit,” especially when she had been nominated for a Golden Globe and made it to the Oscar nominee shortlist.

A number of pundits took to Twitter to air their frustrations during the nominations. One Twitter user highlighted a slew of snubbed names and films, tweeting, “No women nominated in directing. The Farewell completely shut out. No Jennifer Lopez. No Frozen 2. No ‘Spirit’ for best original song. #OscarNoms.” Another journalist was particularly frustrated by J. Lo’s lack of nomination. “Jennifer Lopez being snubbed has me all like,” and included a confused gif.

Jennifer Lopez being snubbed has me all like pic.twitter.com/g8DIXK04oh

But these weren’t the only major snubs that people were paying attention to. Women were entirely shut out from the Best Directing category — including names like Greta Gerwig (Little Women), Lulu Wang (The Farewell), and Lorene Scafaria (Hustlers). Instead, the category was dominated by men, with Issa offering a bit of shade once she announced the category to highlight her disappointment.

Even Little Women stars and Oscar nominees Saorise Ronan and Florence Pugh shared their dismay at Greta’s lack of recognition in directing. “…to me, Greta, since she started, has made two perfect films, and I hope when she makes her next perfect movie, she gets recognized for everything, because I think she’s one of the most important filmmakers of our time,” Saoirse shared. Florence also highlighted her frustration, saying the directing loss was “a big blow, especially because she created a film that is so her and so unique and it’s just come out of her, and it’s been a story she’s wanted to do for so long.” She added, “I think everybody’s angry and quite rightly so. I can’t believe it’s happened again, but I don’t really know how to solve it. I don’t know what the answer is, other than we’re talking about it,” according to Deadline. Greta was nominated for Adapted Screenplay and Best Picture (along with producer Amy Pascal) for Little Women.

Other names shut out from the acting categories were Awkwafina (The Farewell), Adam Sandler (Uncut Gems), and Lupita Nyong’o (Us). Adding to the overall disappointment of the morning, the acting categories were wholly dominated by white actors. There were a lot of surprises throughout the nominations, as well, including Parasite making history as the first Korean film to break into the Best Picture category and Joker leading with 11 nominations. With the nominations officially announced, the countdown to the historic night begins. The 92nd Academy Awards airs on Feb. 9, 2020 on ABC.