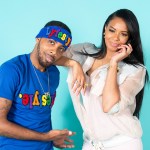 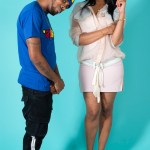 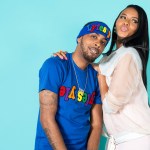 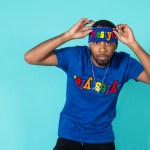 We’re just a few weeks in to the new season of ‘Growing Up Hip-Hop’ & the Simmons siblings dished on all the drama that’s still going to unfold!

WeTV’s Growing Up Hip Hop is never short on the dramz, but this season, the Simmons siblings revealed things go to an entirely new level, especially between Angela Simmons and her longtime friend Romeo Miller, which we’ve already had a brief look at so far. “I don’t even get into drama. I don’t care about drama. I don’t have time for drama. That happened to be drama just by default, but I didn’t see it coming,” the star said of her beef with the son of Master P on the HollywoodLife podcast. “I have nothing but love for anyone, whether they don’t like me, like me. Whatever it is, it’s all love. But I just didn’t like, and don’t like, the way he has approached the situation.” Her sister Vanessa added in, “It definitely came out of left field, to be honest, and we didn’t expect it. Didn’t see it coming.”

Angela opened up more about the situation on The Breakfast Club, revealing Romeo wasn’t there for her when her child’s father Sutton Tennyson was killed in 2018, and that went so far as to cut off communication with her. Early in season 5 of Growing Up Hip Hop, things seemed tense between Romeo and the Simmons fam, especially when he spoke to Vanessa about her sister taking sexy pictures. “Your sister don’t have to do certain things. … But you know Angela, she likes that camera,” he said in the clip. Romeo then took to social media to address the building drama, writing, “The context of me and V convo was more so about every ACTION having a REACTION and being able to live with that. That’s life. We all have free will and we all are constantly changing. As far as Me and Ang (just like others in my life), we haven’t been close in years, and I refuse to live a lie on tv.”

“Even through the drama, it’s me being authentic and real, and I feel like the other person’s not being authentic and real to me. So I’m going to always be upfront, even if that’s on TV or behind the screens or wherever I’m at. I’m going to say, ‘I’m going to tell you my truth,'” Angela told HL. “I’m walking in my purpose, but I prefer not to do it the way it happened, but it’s just the way it happened.” Click here to listen to the full podcast interview with Angela, Vanessa and Jojo Simmons!