Angela Simmons’ ex-fiance Sutton Tennyson, 37, was murdered on Nov. 3. Less than a week later, his accused killer, Michael Williams, has turned himself in. Here’s what he’s been charged with.

Sutton Tennyson, 37, was shot and killed at his home on Nov. 3 — and the man accused of murdering Angela Simmons’ ex has now turned himself into the Atlanta Police Department, according to TMZ. Michael Williams, who can be seen in the mug shot below, has been charged with murder, aggravated assault with a deadly weapon and possession of a firearm during commission of a felony. His attorney told the outlet that he is denying the allegations. This news comes just four days after Sutton was found dead in his garage with multiple gunshot wounds. He’d reportedly been having an argument with someone in his driveway before he was shot. His killer drove away.

After his arrest, the Atlanta Police Department told HollywoodLife, “The Atlanta Police Department has made an arrest in the November 3rd homicide of Sutton Tennyson at 610 Jewel Dr. SW. Michael Williams (44-years-old) turned himself in today at Atlanta Police headquarters on charges of Aggravated Assault, Possession of a Firearm During the Commission of a Felony, and Murder. Please be advised that this is still an ongoing investigation and these charges may be updated. Mr. Williams has been transported to the Fulton County Jail.”

Sutton leaves behind a son, also named Sutton, who he welcomed with Angela back when he was in a relationship with the Growing Up Hip Hop reality star. The two got engaged in 2016, before breaking up the next year. Despite their split, Angela still had the kindest message for her ex-fiance after his untimely death. “Thank you for leaving behind my greatest gift,” she said to him in a heartfelt Instagram post. “I’m hurting. I’m numb. Thank you for the outpouring of love everyone. I can’t believe I’m even saying Rest in Peace Sutton. I promise to hold SJ down in every way I promise.”

Angela paired the message with an adorable photo of Sutton smiling down at his young son. They were matching in white tees. 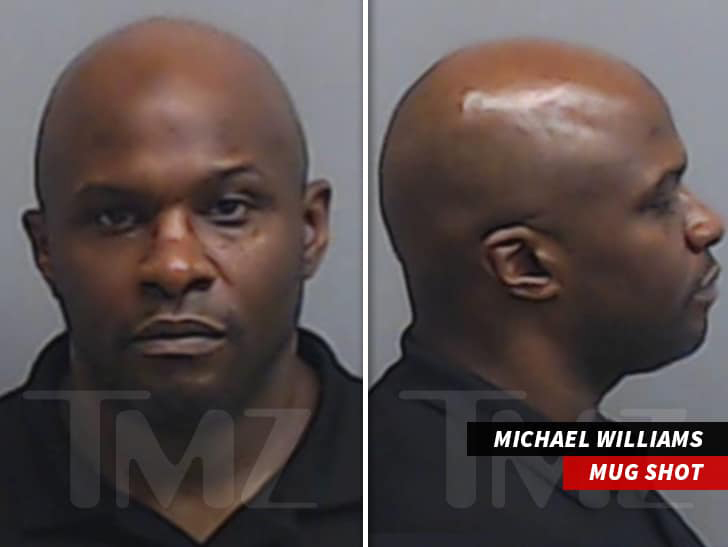 Our thoughts are with Angela and her little one during this extremely tough time. Here’s to hoping that her ex-fiance is given the justice he deserves. We’ll keep you posted on the murder case as more information emerges!