Jennifer Hudson sings the iconic song, “Memory,” in the movie Cats, and The Voice viewers got to hear her stunning rendition of the song during the show’s season 17 finale on Dec. 17. The former American Idol contestant hit the stage during the finale to perform the track, and she looked and sounded absolutely beautiful. Jennifer wore a strapless black gown, which hugged her figure perfectly before poofing out at the bottom. She completed the look with her hair pulled back into a sleek ponytail.

In the new Cats movie, Jennifer stars as Grizabella. Other celebs who appear in the movie include Taylor Swift, James Corden, Judi Dench, Jason Derulo, Idris Elba, Jennifer Hudson and more. The cast has been out and about promoting the movie for the past week, and they all attended the New York City premiere of the film on Dec. 16. Fans will have to wait a few more days to see the flick, though, as it does not hit theaters until Dec. 20.

Meanwhile, Jennifer is, of course, no stranger to The Voice stage — she actually served as a coach on the show during season 13 and 15! Unfortunately, she has never won the show, so perhaps we’ll see her back in the big red chair to try again at some point in the future?! 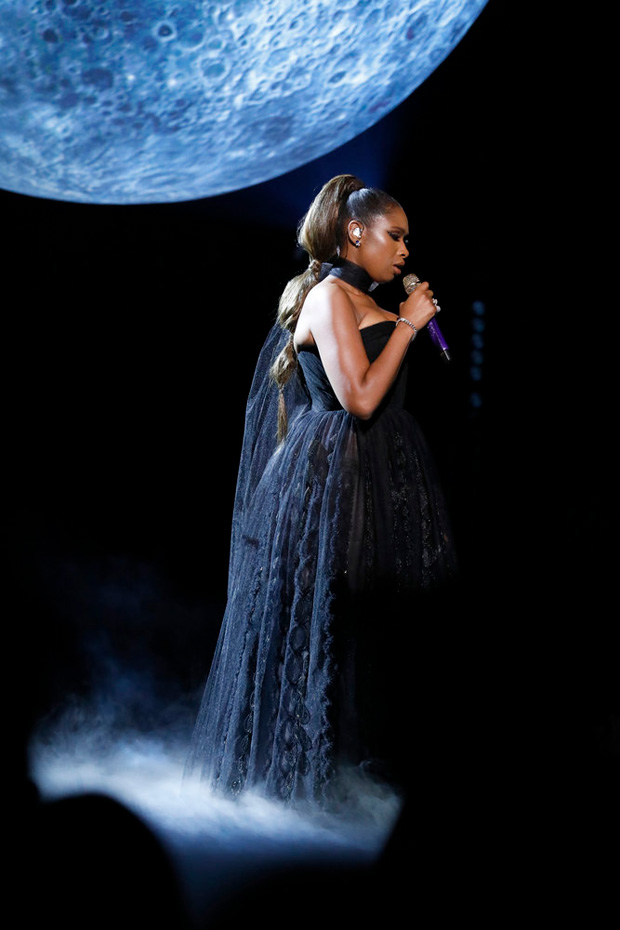 The season 17 finale featured a number of incredible performances, but of course, the biggest moment is naming the winner. This season, the final four artists are Katie Kadan, Ricky Duran, Rose Short and Jake Hoot. All of the singers gave some of their best performances of the season during part one of the finale on Dec. 16, so there will be a deserving winner no matter what! The show will return in 2020 with Blake Shelton, Kelly Clarkson and John Legend all serving as coaches once again. Gwen Stefani will be replaced by Nick Jonas for season 19.