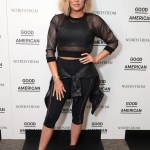 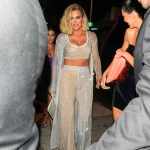 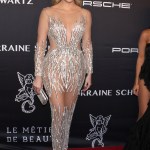 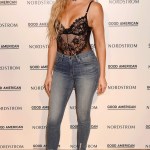 Kourtney Kardashian’s reduced time on ‘KUWTK’ can’t be compared to Kendall and Kylie Jenner’s lack of screen time on the family show, according to Khloe.

Khloe Kardashian, 35, doesn’t hold a personal grudge against her sister Kourtney, 40, for stepping back from Keeping Up with the Kardashians. Rather, it’s a matter of legal contracts! The Good American co-founder set the record straight after a viewer was confused as to why Khloe’s little sisters Kendall Jenner, 24, and Kylie, 22, are not featured as heavily on the family reality television show anymore. It’s something that Khloe has not taken issue with, unlike her frustration towards Kourtney that was shown on the Dec. 8 episode of KUWTK.

Due to that equal contract, Kim felt like she and Khloe had to step in front of cameras more in place of their older sister. “Our job is being open and honest and sharing a lot of ourselves, and it just seems like, for the past few years now, Kourtney hasn’t really been open about her personal life on camera. So, all of the days that Kourtney isn’t filming, Khloe and I are picking up the slack and are having to share more,” Kim vented during a confessional on the Dec. 8 episode. “Because if we’re not sharing our loves, then what is the show?”

Kendall and Kylie have different contracts. Kourt, Kim and I have an equal contract. https://t.co/Ww3a65YFId

Khloe also confronted Kourtney face-to-face during last Sunday’s episode. The Poosh founder was being followed by Khloe, Kim and KUWTK cameras as she made her way to house, and was asked who lives there. “I’m here for a meeting,” Kourtney shot back. “Do you want to come inside? I’m not literally dating anybody.” That’s where Khloe jumped in to say, “But, we don’t know. ‘Cause, we don’t know anything about you.”

The snarky comment led to a tense back-and-forth between Kourtney and Khloe. “What if I actually was? Then what? Like, you bring the cameras here? It’s so disrespectful…If I have boundaries, respect them,” Kourtney snapped back, but Khloe argued it’s their “job” to showcase their lives for the cameras. “You don’t give anything. You coast,” Khloe told Kourtney during the heated argument. “You think it’s fair that you just coast through life?”

Kourtney is not only one of the main stars of the show alongside Khloe and Kim, but all three sisters serve as executive producers as well! The trio have been filming KUWTK since its premiere in 2007, and the E! seires is currently airing Season 17.