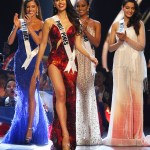 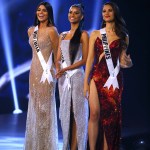 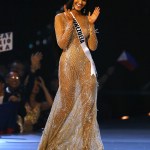 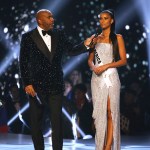 It’s time to polish your tiara and break out your best gown. The 2019 Miss Universe pageant is about to begin. Here’s how you can tune into this year’s competition.

It’s time to head down to the ATL to find the next Miss Universe. The 2019 competition will take place LIVE from Tyler Perry Studios in Atlanta, Georgia, on Sunday, Dec. 8. For those who didn’t score tickets – which is most of you, since they sold out in less than an hour after going on sale – don’t despair. To catch this year’s competition, just tune into your local FOX station. The network will air the event at 7pm ET/6pm Central. It’ll also air in Spanish on Telemundo, so there is more than one way to catch every moment.

To watch the Miss Universe competition online, there is a wide range of options. Since FOX is broadcasting the show, it can be streamed at Fox.com and on the FOX app. Both require a paid television account (aka cable or satellite.) Enter your credentials, sit back, and enjoy. For cord-cutters out there, there’s the FOX channel on Hulu Live TV, YouTube Live TV, Sling TV, and FuboTV. Those streaming services are perfect for those who want to watch the show but don’t want to sign up for cable or satellite.

For the fifth consecutive year, Steve Harvey will host the Miss Universe pageant. The chances of someone making fun of his 2015 flub – when he announced that Miss Colombia Ariadna Gutierrez won the crown when it was actually Miss Philippines Pia Alonzo Wurtzbach who earned the title – are high. Hopefully, he’s practicing his pronunciation skills. Over 90 contestants from around the world will compete in this year’s event.

Ahead of the contest, Cheslie Kryst clued us into what she’s done to get ready for the big event. The former Miss North Carolina, who was crowned Miss USA in May, appeared on the HollywoodLife podcast to talk about her Miss Universe prep. “I didn’t get really strict until about October, November, and that’s when it was five or six days of workouts and one cheat day, instead of two cheat days,” she said. She also revealed that she was feeling the pressure to step up her game since the event is taking place on her home turf.

“I’m the host country, and so I want to make sure that everybody has a genuinely good time here and takes back a positive piece of USA with them, while also being my best self in the competition,” she said. As for what her National Costume is going to be? Without giving it away, she said it was “about iconic women in American history.” Fans will just have to tune in to see what she’s going to wear.