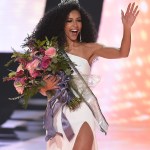 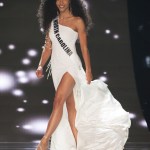 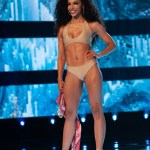 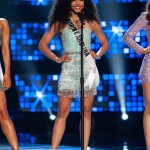 Miss USA Cheslie Kryst spoke to HL about how she prepped for the Miss Universe competition!

Cheslie Kryst has her National Costume, her gown and all of her healthy snacks packed up and down in Atlanta ahead of the big Miss Universe pageant on December 8, where she’ll be competing for the crown! The former Miss North Carolina was crowned Miss USA back in May, and has been working hard the last seven months to prepare for this very moment. In a podcast interview with HollywoodLife.com, Cheslie revealed that her real prep for Miss Universe began in August, and got stricter as the pageant neared. “I didn’t get really strict until about October, November, and that’s when it was five or six days of workouts and one cheat day, instead of two cheat days!” she explained. “Back in August, I had weekends when I would eat whatever, but now if I’m really tempted, I’ll have a small snack. I have such a sweet tooth!”

Cheslie, a former D1 athlete, mixed up her workouts ahead of the competition, incorporating exercises that wouldn’t bulk her up. “It’s quite easy for me to gain muscle, and I want to be more toned, so I worked on cardio. Most mornings, I do hot yoga and then I’ll do the elliptical,” she revealed. “I don’t really do two-a-days, but it’s important for me to be able to keep my heart in shape and be able to get a sweat on without busting myself in the gym doing weights.”

When it comes to taking the stage live from Tyler Perry Studios in Atlanta, Georgia on Dec. 8, Cheslie revealed she’s “really focused” and just wants to “enjoy the competition as much as I can, while being a good representative for my country.” “I’m the host country and so I want to make sure that everybody has a genuinely good time here and takes back a positive piece of USA with them, while also being my best self in the competition,” she said.

Another part of the pageant she’s excited for is the National Costume show, where the contestants wear extravagant costumes that are inspired by something from their home country. “I can tell you that my costume really is about iconic women in American history!” Cheslie teased. She added that she has been working with a coach who has helped her prepare for the Q&A section of the pageant. “There’s eight judges and they’re split into panels of four and you’re in front of each of those panels for three minutes each. It can be a challenge, especially as a lawyer, to have time constraints,” she continued. “It’s helpful to know how short it is and that I’m prepared to answer the questions and make sure that the judges know what I want them to know before I have to leave.”