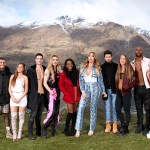 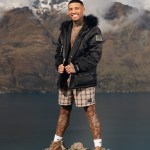 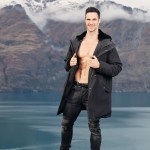 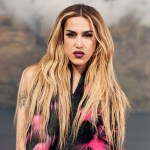 No time is wasted when it comes to finding love on this season of ‘Ex on the Beach: Peak of Love’! In this EXCLUSIVE sneak peek, Georgia and Callum pack on the PDA on the very first night.

Things are getting STEAMY between Georgia Steel and Callum Izzard on the season premiere of Ex On the Beach: Peak Of Love — and HollywoodLife has an EXCLUSIVE look at their first kiss! In the preview, the cast gets in the hot tub on their first night in the house, and a game of truth or dare ensues. Georgia chooses dare, and is asked to “dry hump the person of your choice…or makeout with them!” Georgia’s hesitant at first, but after some chirping from her castmates, she eventually grabs Callum and they start making out.

“I don’t know, he makes me so pathetic,” she giddily admits in a confessional. “Because normally, I’m a really strong ice queen.” Georgia just can’t wipe the smile off her face as she talks about the blossoming romance! Meanwhile, Callum adds, “I fancy Georgia. I’m not going to lie. She’s a beautiful girl. I feel giddy! I’m a bit giddy. Things are good.” Of course, he also points out that it’s only night one, and there’s sure to be a LOT to come that could potentially shake up this hot new relationship.

Ex on the Beach: Peak of Love is the winter-themed version of MTV’s hit show, Ex on the Beach. The series will feature 10 international reality stars traveling to New Zealand in hopes of finding true love, only to be blindsided when their exes show up throughout the season.

Other stars of the inaugural season of Peak of Love inclue Daniel Maguire, from The Bachelorette, Tyranny Todd, from Are You The One?, Nicole Zanatta, from The Challenge, Adore Delano, from RuPaul’s Drag Race and many more! the show premieres on Dec. 5 at 9:00 p.m. on MTV.