More than just a plus one? It was a family affair for Kylie Jenner, 22, at a casino in Palm Springs over the holiday weekend that also included her baby daddy Travis Scott, 28. A new video surfaced on social media (SEEN HERE) that saw the parents-of-one hanging out with her mother Kris Jenner, 64, and her sisters Khloe Kardashian, 35, and Kendall Jenner, 24, on Nov. 30 at what appeared to be craps table. The beauty mogul was seated on one side with her supermodel sis while Travis was wedged between the world’s most famous momager and Khloe. Kylie and Travis were seen walking the floors of the casino in another clip posted one day earlier where he kept bumping into her while she held onto a bottle of beer.

Some fans started to hypothesize about their relationship after the footage was posted on Instagram. “Kylie and Travis are back together?” one asked in the comments section. “I don’t think they ever split. I think they told the public that because the HATERS wouldn’t leave them alone,” another wrote in response. One follower, who seemingly believed that they are still not an item, wrote that they want them to become a couple again.

News broke about Kylie and Travis taking a break at the beginning of October 2019 after they were together for two years. They share a daughter Stormi, 1, who remains their priority through and through. “They have been hanging out a lot and even celebrated Halloween together because they still want to make memories as a family together,” a HollywoodLIfe source revealed EXCLUSIVELY on Nov. 3. 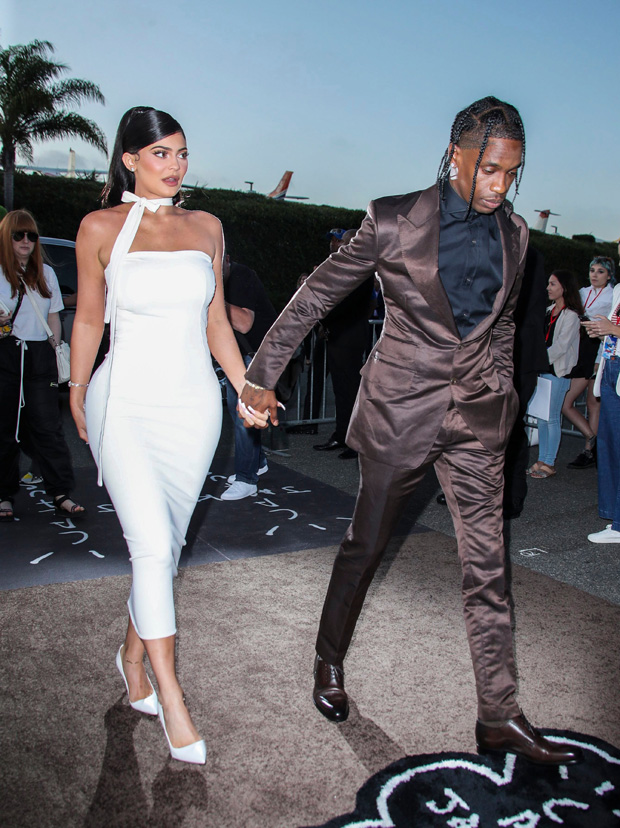 Their fans aren’t the only ones who think that they could be possibly rekindling their romance. “Things between them are about as amicable as two exes can get,” another insider revealed EXCLUSIVELY to HollywoodLife. “It actually wouldn’t shock anyone if Kylie decided to give him another chance.”

The source continued, “Travis and Kylie are still very close, they still talk all the time, often several times a day. Regardless of their status as a couple Travis will always love and support Kylie, he’ll forever have her back and want the best for her.”