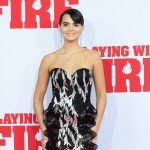 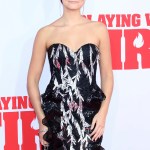 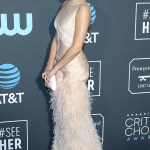 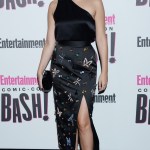 Brianna Hildebrand’s recent film roles have been alongside the best of the best in the industry! The actress revealed to HL what advice the all-stars have given her!

Fresh off her roles in Deadpool and Playing With Fire, Brianna Hildebrand has worked alongside many of Hollywood’s top stars, like Ryan Reynolds and John Cena. The young actress spoke to HollywoodLife.com in an EXCLUSIVE interview surrounding Playing With Fire, and admitted that both Ryan and John have given her great career advice, as well as her co-stars John Leguizamo, Keegan Michael Key and Judy Greer. “I adored Ryan and John both when I was younger, and initially meeting them off the bat, I learned that celebrities, they’re literally, just people. It’s a really weird entertainment industry that we’re in where we build ideas of who we want to be seen as, or who our team wants us to be seen as. But, I feel like they’re really just exaggerated versions of who we really are,” Brianna explained.

“Working on Playing With Fire, I got to work with John Leguizamo, which I ecstatic about, and Keegan Michael Key. I mean, I’ve been watching both of these people, even Judy Greer, my entire life. They all really gave me solid pieces of advice, as far as my career goes, just as far as how I choose who’s on my team and, how to handle attention in a healthy way. It was really great to have them all as mentors, for sure,” she continued.

In Playing With Fire, Brianna takes on the role of Brynn, the oldest of the three siblings John Cena’s Jake “Supe” Carson and his team of firefighters rescue. “I had a good time jumping into the big sister role. I tried to hang out with the kids between scenes, and put together arts and crafts and things. It was really fun to dive into that world,” she said. “The story sends a great message of finding a family.  I think that message is really sweet and universal. It’s something that I’ve learned to do growing up, to surround myself with the people who bring me joy.”

Playing With Fire is currently in theaters. Make sure to see it now!