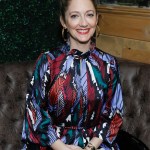 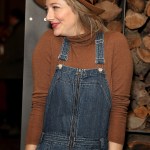 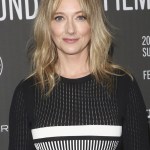 Where was Judy Greer’s Maggie in ‘Avengers: End Game?’ She doesn’t know, but she is hoping that the ‘Ant Man’ director will give her character super powers!

As the Marvel Universe was left in disarray after Thanos disintegrated the universe in Avengers: Endgame (spoiler alert), some fans were curious what happened to other characters not portrayed in the film — like Judy Greer’s Maggie Lang — Ant Man’s ex-wife and father of his child. “I remember getting a phone call about it, but it’s hard scheduling sometimes and then I just never really heard about it again!” Judy said in an EXCLUSIVE interview with HollywoodLife, discussing absence in the latest Avengers film. “With Marvel the cool thing is that it doesn’t matter — they can do whatever they want. They can bring us back if they want to. They can always find a way to work it out… I was bummed about that, too! Maybe it’s because I don’t have super powers…”

Speaking of, Judy added that she is absolutely begging her Ant-Man co-star Paul Rudd and director Peyton Reed to give her super powers! “I’m always like, ‘Guys, please on the next one, please can I have a superpower please, please?’ And they’re like, ‘Judy, we’ll work on it.’ And I’m like, ‘Come on, can’t I fall into a vat of something? Can’t my hand get burned into this weird way where I can rearrange furniture without moving my body? That would be a superpower'” LOL — and every woman’s dream!

The actress has another super power that you might not know about — cocktail making! Judy is continuing her ongoing partnership with Hilton Garden Inn, by developing her very own cocktail called Judy’s Garden Gin! “I was having a real Gin moment, which is why when Hilton Garden Inn and I were talking about creating this recipe, I was like, ‘Yes!'” she enthused to HL. “I do really like sitting at a hotel bar, I’m not going to lie. I have had such great conversations. I’ve met people all over the country, all over the world, but mostly, I travel in the United States. It’s just a really nice place to wind down after work.”

The 13 Going On 30 star even teased that some of the stories she’s been told by strangers at hotel lobby bars could inspire upcoming projects! “A cocktail certainly helps people tell their story and I really love to gather them. I hope I get to learn about all the people that I come in contact with while I’m out and about in the world, because those are the really interesting cool stories,” Judy said. “What’s interesting is they always want to tell you their story. That’s when it’s really good to be an artist, because you can do that in many different mediums and you never really get to hear the stories if you don’t travel and talk to people.” Make sure to ask for the Judy Garden Gin when you’re visiting the Hilton Garden Inn, next!