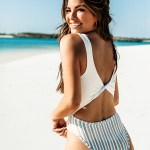 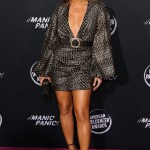 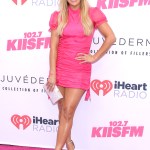 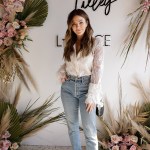 ‘Bachelor’ star Becca Tilley may have found love in a public place at one point in her life, but this time around, she’s doing things differently, she revealed to HollywoodLife EXCLUSIVELY.

Becca Tilley, 31, tried finding love on two different seasons of The Bachelor before dating another contestant from the franchise off-screen, but all of her attempts at finding her fairytale ending proved to be unsuccessful. So now, she’s trying a different approach by keeping her relationship on the down-low. “We are definitely on the same page with being private which is nice,” Becca told HollywoodLife EXCLUSIVELY at the LA tour stop for The Barbie 60th Celebration at The Grove on Nov. 2. “It takes the pressure off.”

Although Becca is smitten for this mysterious man and appearing to be done dating other franchise stars in the future, she understands and empathizes for those that feel differently since she’s been in their shoes. “I’m not surprised by anyone that’s still together because the whole concept of the show is so wild and I’ve seen so much success,” Becca said. “I am sad about Demi and Kristian splitting up. It’s a lot to go through a split in the public eye, with so many people watching so I just hope they’re both happy.”

And like any other super fan, she can’t wait to watch others try to find their own fairytale on television when Peter Weber, 28,  has his turn at finding love next season on The Bachelor! “I just feel like each season brings more drama than the last,” Becca revealed. “The show is so entertaining and I look forward to every season from the Bachelor franchise! It’s just great TV! “