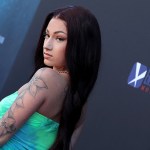 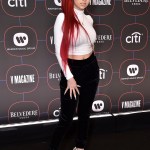 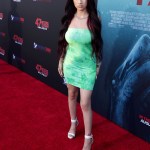 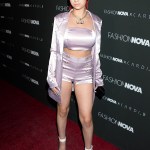 Danielle ‘Bhad Bhabie’ Bregoli and Woah Vicky got into a physical brawl which was caught on camera Oct. 30 — but Danielle claims Vicky ‘never hit’ her.

The drama between Danielle ‘Bhad Bhabie’ Bregoli, 16, and Victoria ‘Woah Vicky’ Waldrip, 19, is at an all-time high — but Bhad Babie has a plan to get back at her nemesis! “Danielle is really upset that this all happened but it has lit a fire under her to write a song or verse about it,” a source close to the teen spills to HollywoodLife EXCLUSIVELY. “That is how she wants to settle the beef.” Danielle, who rose to fame after being ‘cash me ousside’ girl on Dr. Phil, released her debut mixtape 15 earlier this year. The attitude-filled album is full of disses, and she even appeared to call out Kylie Jenner‘s love of fillers in her video for “Hi Bich.”

“[Bhad Bhabie] thinks that Woah Vicky is pointless and untalented and doesn’t want to give her that much press,” the insider continues. “But she knows she has to respond somehow and a song is the likely scenario to settle the score.” The drama started after video emerged of the pair in an all-out brawl. Vicky is pinned down on a couch as she throws her hands at Bhad Bhabie. “Is this hoe crazy?!…Now you won’t even let me get to you? You crazy b**ch!” Danielle screams.

Later, the “Babyface Savage” rapper clarified what went down in a livestream on Oct. 30. “You still never hit me! You still never hit me, not once! That’s what I’m not understanding,” Danielle explains in the video. “You got a whole video of you doing all this…,” she added, as she made punching motions. “But my body never got touched. Here’s the thing with the internet, though, Ima have to learn this on my own. Y’all gonna be against me no matter what.”

In response to the situation, Woah Vicky dropped her own diss track on Oct. 31. ” I don’t like it that ain’t got sh*t to do with me, are you the only rapper with a curfew, you dropped an album you should call it truancy,” she raps, referring to Danielle’s age.