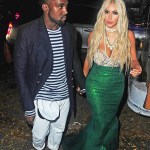 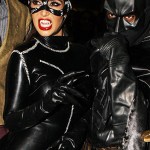 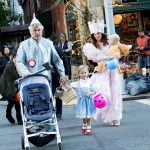 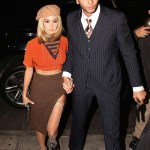 Zoinks! Paris Jackson and Gabriel Glenn nailed their throwback inspired costume, dressing as Shaggy and Scooby-Doo from the classic cartoon for a Halloween bash!

Jinkies, Scoob! Paris Jackson, 21, and her boyfriend Gabriel Glenn, 20, were a blast from the past in their Scooby-Doo inspired costumes for Paris Hilton‘s annual Halloween shindig on Oct. 24 in Beverly Hills. The couple were in great spirits as they headed into the party hand in hand. Gabriel was the perfect shaggy, fashioning his long auburn hair down just below his shoulders and donning a green T-shirt and corduroy pants. He was a dead ringer for the cartoon character! Paris also wore her costume with a bit of a sexy spin on the animated animal. She wore a brown, flowing skirt that just hit her knees and a shirt to match that was fitted to her elbows with a midriff. Paris’s hair was beautifully tussled and even drew a black dog nose on her face and wore Scooby’s iconic collar amid her other jewelry!

While Paris and Gabriel looked perfect in their Halloween ensembles, they looked just as equally great only a few weeks ago. Photos of the two from Oct. 11 captured the musical duo walking the purple carpet at the amFAR Gala. At the event, the pair totally looked rocker chic, with Paris donning a satin, blush colored dress with jewel embellishment on one side of her chest. The ensemble was perfect for showing off her numerous tattoos along her arms and chest and she accessorized the look with simple gold jewelry and a clutch. Gabriel also totally fit the rock n’ roll bill, wearing all black as he stood by his lady’s side.

Paris and Gabriel have been going strong for quite some time. The pair started their band, The Soundflowers, in 2018, and made their first appearance at Canyon Sessions, performing at the venue in June 2018. Since then, their personal relationship has truly blossomed. After forming their band, the pair got a lot closer, while fans speculated the two were romantically linked in Aug. 2018. Though Paris and Gabriel initially denied the rumors, they started to go public with their romantic relationship by January 2019, putting on a lot of PDA while out and about.

Paris and Gabriel clearly know how to rock a red carpet and a concert stage! But this musical duo proved they definitely can dazzle in costume. The pair looked great as Shaggy and Scooby-Doo. If there was a couples costume contest, they’d have our vote!