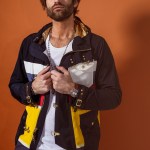 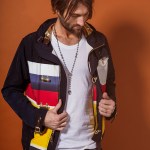 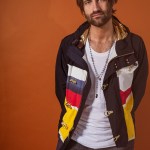 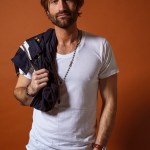 Ryan Hurd has taken his hit ‘To A T’ and created a stunning EP that features the same sound his fans have fallen in love with.

Ryan Hurd has spent a majority of his career writing songs for other artists, but now he’s singing his own songs and the fans are thrilled! Coming off the success of his single “To A T,” the country crooner has released his EP titled Platonic, which he calls “continuation of the sound that we built with ‘To A T.'” “It’s really exciting to get to explore musically again and lyrically,” Ryan enthused in a quote given exclusively to HollywoodLife. “I feel like this is the best work I’ve done and it’s just a continuation of my version of country music.”

The EP features four additional songs, which he said is a “culmination of every good thing that we’ve gotten to experience this year” to AOL. His track “Half Hoping” showcases Ryan’s ability to diversify his sound, while still excelling lyrically. “Platonic,” the title track, has already become a fan-favorite with its “To A T” vibes and ultra-relatable lyrics. Like his wife Maren Morris, the EP exhibits his ability to crossover into the Country-Pop genre. From the relaxing, vacation vibes of “Florida With A Girl” to the deeply personal and reflective “Wish For The World,” Ryan’s EP is an incredible exploration of his talent and sound.

“It’s crazy thinking about my story, because there was a lot of moving parts, but I’m at the point, after the last two years, where I’m like, ‘Okay, this is really fun. This is finally really, really, really fun,” Ryan told HollywoodLife in an EXCLUSIVE interview back in March after dropping “To A T.” The singer-songwriter reflected on making the leap from being a successful songwriter for country stars like Luke Bryan and Blake Shelton to creating music of his own. “It took me a second to figure out, what’s my voice? And what about what I do is compelling, and what about what I do is a hit?” he said. “Now that I’ve figured it out, I have this career where it’s so balanced. My left shoe is my songwriting for other artists and my right shoe is my artist career, and I can’t really imagine doing one without the other.”

Make sure you get Ryan Hurd’s new EP, Platonic, out now!