Maren Morris‘s groundbreaking sophomore album GIRL broke country streaming records in its first week with 24 million streams and has been met with rave reviews. Her hubby, singer-songwriter Ryan Hurd, has been nothing but supportive of Maren, and spoke to HollywoodLife in an EXCLUSIVE interview about his favorite tracks from her album — many of which are inspired by her love for him. “My favorites are the ones I wrote!” Ryan joked, at first. “I got to write two for the album, which is really cool. But, I love this song on there called ‘Good Woman,’ she wrote with Kathleen Evans and Ian Fitchuk.”

“We got married, and I was just in a hard spot, she was on tour, and I was getting on every other plane, every other day to go see her, while trying to still write and do my career, and it was just a hard time, for whatever reason,” Ryan explained. “But she wrote this song and it was just really specific and personal and it was like her letter to me in a way. That’s the song that I listen to when it gets kinda lonely, and so that one is the one that I love the most, but the whole album is iconic.” Ryan and Maren got married in a woodland fairytale scene on Mar 24, 2018 after getting engaged in July 2018. The couple first met in a writing session where they penned “My Last Turn Home,” which Tim McGraw ended up recording. 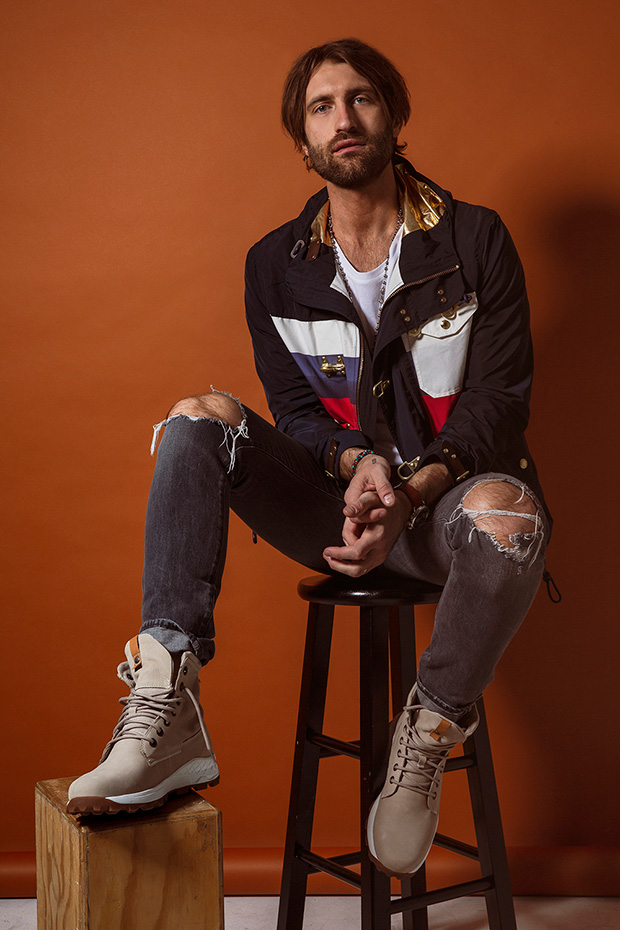 “We started out with just such a creative thing, and we were friends, and just creative partners, and that was it. So, now, while we’re building a life together, being creative together is still the most special thing,” Ryan explained of their relationship, specifically when discussing his hit single ‘To A T,’ on which Maren sings background vocal. “Whenever it feels natural to do it, we do it, and that’s just brilliant. It’s one thing that I think both of us will always really love about our relationship.”

“We’re a working couple. We work together on our separate projects and support each other on those projects,” Ryan added. “‘To A T’ is very clearly inspired by her, so having her being a part of it just feels natural. It doesn’t feel like we forced anything. She has an open invitation to sing on my songs!” We love that! Make sure to download and stream Ryan’s latest singles “To A T” and “Michigan For The Winter!”