Maren Morris and Brothers Osborne’s performance of their collaboration, “All My Favorite People,” at the ACM Awards on April 7 was a highlight of the night, and no one was more proud than Maren’s husband, Ryan Hurd, who helped write the song. “That song is really cool because I feel like the whole idea of it came about in our kitchen, me and her listening to the demo and dreaming about what it could be,” Ryan told HollywoodLife EXCLUSIVELY on the red carpet. “She loved it immediately and saw what it could be, so to have it performed at the ACMs, with the Bros, that’s a special thing. If you would’ve asked us five years ago, I don’t think any of us would’ve imagined a night like this happening. It’s really special.”

While Ryan is currently pursuing his solo career in music, he’s already well-known in Nashville as a songwriter, and has written hits for artists like Luke Bryan, Lady Antebellum, Florida Georgia Line and plenty more. “I’ve made so many relationships with people just because I’m a writer on their project,” he admitted. “It’s kind of hard to think about who I would collaborate with as an artist. When you’re a new artist, it’s tough to make that stuff happen. But I’m blessed to be here making music with so many awesome artists.”

Ryan and Maren recently celebrated their one year wedding anniversary, although they had to make it an impromptu celebration, as she’s currently on the road for her GIRL world tour. The tour is in support of Maren’s record of the same name, which was released on March 8. In addition to “All My Favorite People,” Ryan also co-wrote the track, “Great Ones.” 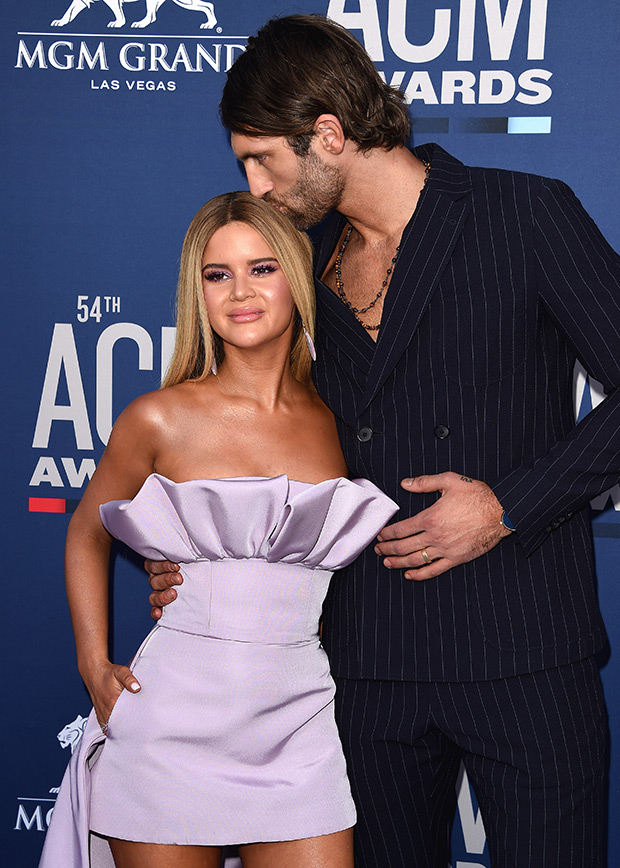 Meanwhile, Ryan’s current single, “To a T,” which features Maren, is currently making some moves on the country music charts. The song is about their relationship, and Maren’s harmonies are the perfect addition!