Jordyn Woods may be off the market! The model, 21, was photographed holding hands with a mystery man while leaving Nightingale Plaza nightclub in LA, late Sunday night. Jordyn and her tall, bearded beau stayed hydrated with water bottles in one hand as they made their way to a waiting vehicle — and, they weren’t traveling alone.

NBA star Donovan “Spida” Mitchell was already sitting in the backseat when Jordyn and the unidentified man entered the vehicle. Donovan and Jordyn were not seen leaving the club together. The Utah Jazz guard walked out solo and entered the vehicle solo, according to photographers outside the venue.

It’s unclear how the model knows Donovan, as well as the man she was seen holding hands with. Nonetheless, she’s no stranger to hanging with NBA players. Jordyn has been romantically linked to Phoenix Suns point guard, Devin Booker. She’s also been spotted with Minnesota Timberwolves center, Karl Anthony Towns and Houston Rockets point guard, James Harden on separate occasions in recent weeks. 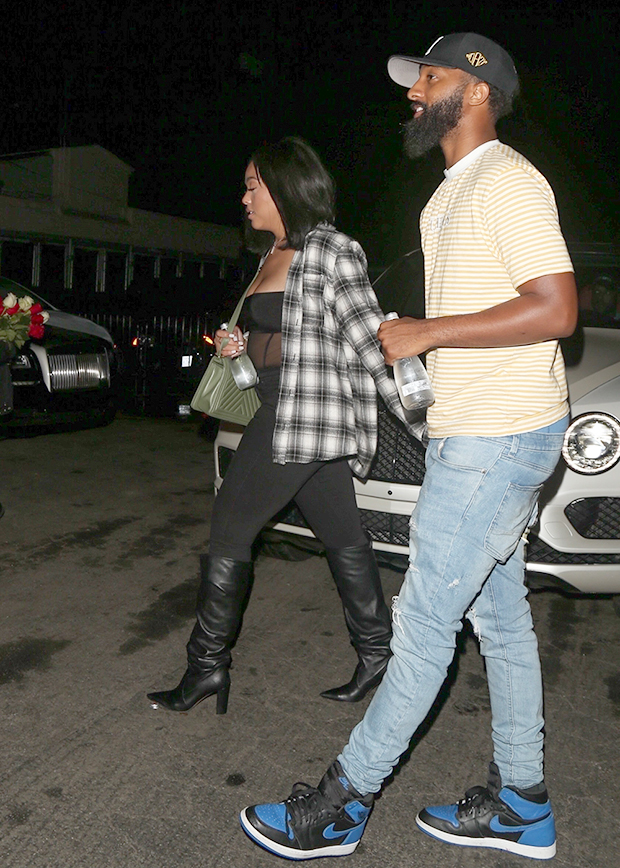 Along with her rumored new man, Jordyn also debuted a new bob haircut on Sunday night. She wore her dark locks down and straight, and kept her makeup minimal. The model rocked a casual ensemble, wearing black jeans with a black and white flannel button-up over her sheer corset top. Jordyn also stepped out in pointed leather boot heels.

Meanwhile, her handsome suitor wore a yellow and white stripped t-shirt and light washed denim jeans. He rocked black and blue, high-top Nike sneakers, and shielded his face with a black hat. 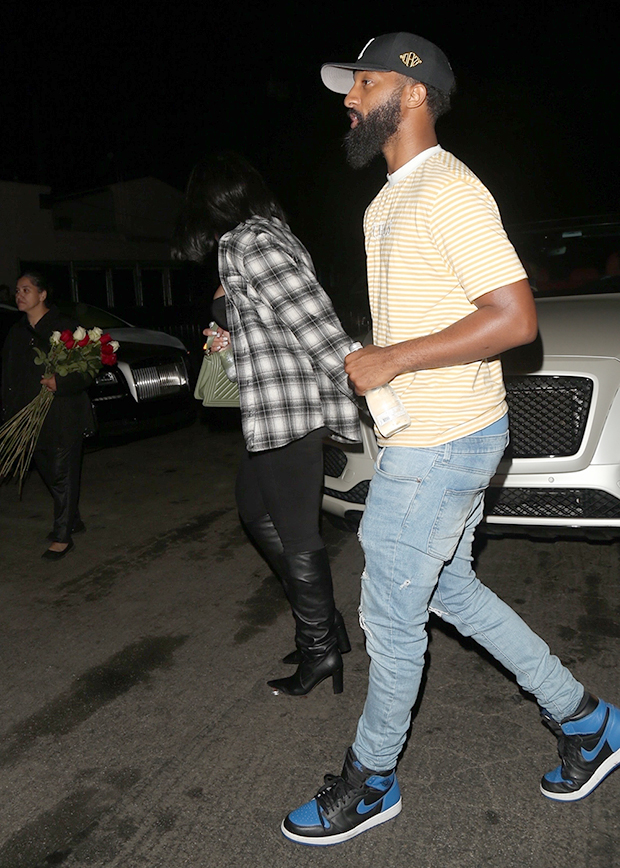 Jordyn’s wasting no time playing the field following her extremely publicized involvement in Tristan Thompson‘s cheating scandal. The model and Cleveland Cavaliers star attended the same LA house party back in February 2018, where they apparently hooked up. At the time, Tristan and the mother of his child, Khloe Kardashian were trying to work things out in their relationship.

After Khloe heard the news, Jordyn claimed Tristan tried to kiss her at the party. The NBA player never addressed the situation publicly. Ultimately, Khloe and Tristan split for good after the scandal, which marked the second time the NBA player was caught cheating while he was dating Khloe. The scandal occured just days before Khloe gave birth to their daughter, True Thompson in April 2018.