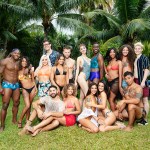 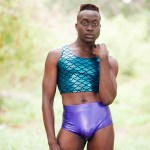 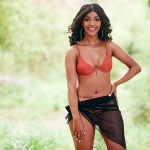 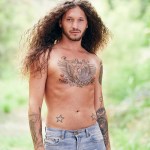 The finale of ‘Are You The One?’ aired earlier this week, but it’s been quite some time since the show was filmed. So, where do the couples from this season stand now? Here’s an update from the season eight reunion!

Various cast members from season eight of Are You The One? appeared during a special reunion for AfterBuzz TV on Sept. 12, and they gave us updates on where the perfect matches and other couples from the season stand now that it’s all said and done. The sexually fluid cast correctly guessed all eight perfect matches correctly during the Sept. 9 finale, but not all of the couples worked out. Here’s a rundown of where some of the pairs (including couples who weren’t perfect matches) stand:

Jenna & Kai: Jenna and Kai were not a perfect match, but they spent a good portion of the season in a relationship. Things were super up and down between the two, but they seemed to always come back to each other. However, they are not dating after the show. “I love him to death now. We are friends, we are not together,” Jenna confirmed. “I’m going to repeat…we are NOT together. No f***ing way [there’s a chance of it]. I would murder [him]. I love you, but…I was totally infatuated. I knew for a fact that I should stop it [with him].” She also admitted that she “friend-zoned” Kai when they left the show. Kai added, “Her and I have talked…we both totally agree that we do not go together. I was kind of f***ed up at the time. I had some lessons to learn.”

Jonathan & Basit: Jonathan was hesitant to start a relationship with Basit on the show, but he eventually let his guard down, and they found out they were a perfect match. “Basit and I have a very clear communication avenue,” Jonathan admitted on the reunion show. “We talk all the time. Since filming the show, I’ve been to New York City. We are figuring our lives out. I would say, if you want to know if Basit and I are together or a couple or pursuing our relationship…keep an eye on us! We’re definitely going to be giving you something juicy, juicy, juicy very soon. So keep watching us! The matchmakers got it right, so just keep watching us.”

Danny & Kai: While things didn’t work out with Jenna, Kai did find his perfect match in Danny, but they ended things before filming even ended. “I was thinking that Kai and I live in the same city, and it would be cool if we could pursue a connection and things were going well,” Danny explained. “But on the last night, before the final match-up ceremony, Kai and I sat down and had a conversation and Kai kind of broke up with me.”

Kai got a chance to explain his side, and said, “Danny is incredible. I care very much for Danny. I’m going to tell [him] to [his] face that [he’ll] always hold a very special place in my heart. There is absolutely a part of me that feels so insecure that I’m like…I don’t think I can measure up to the fact that everyone thinks [he’]s such a good guy. Danny deserves better than that. I sat Danny down and told him that there were things in my personal lie that I didn’t want to drag him into and I know that Danny absolutely deserves the world and I could not give him when he deserves and I know that.”

Kai also confirmed that he is currently in a relationship, so there’s no hope of him rekindling things with Danny…at least for now!

Paige & Remy: Paige and Remy found out they were a confirmed ‘no match’ in the truth booth (his perfect match was Amber, while Paige’s was Jenna). However, Paige and Remy have pursued a relationship outside of the show! “After the no-match I realized I cared about him and that he was sad and hurting about this, and it made me sad and realized I cared!” Paige explained. “Once we were released from the pressure of being a match or not a match, it allowed me to open up and be more comfortable about him.”

Meanwhile, Remy’s perfect match, Amber, confirmed that she is “single” after the show.

Jasmine & Nour: Jasmine and Nour did NOT get along during part of season 8, but they wound up being a perfect match and became super close. However, they’re NOT dating. “[She’s] one of the people I talk to on the daily,” Jasmine said. “So we always talk, but we’re not in a relationship. It’s not off the table, you know? Who knows. Nobody can ever tell their future. So we just don’t know. But we still talk every day and that’s a really good friend of mine,”

Max & Kari: Max had a connection with Justin on the show, but they were a confirmed ‘no match.’ Instead, it turned out that Max’s perfect match was Kari — and they are NOT on good terms, and it’s because Kari pursued Justin after Max and Justin split. “I don’t speak to Kari. I don’t want any sort of relationship with Kari after she hooked up with Justin in the hotel [after the show],” Max explained. “I called the hotel phone, she answered, I found out they hooked up. I don’t want any part of that. I don’t give a s***.”

He later added, “Kari and I never really got along. I found out she was my match and that was that. I never wanted any relationship with Kari outside of that.”

However, he said that after the cast flew home, Kari continuously called him to try and reconnect (and he even provided text messages as receipts). “It became more exhausting to ignore the calls. I should’ve blocked her, looking back,” Max said. “So I took the calls and she would just ramble on for 45 minutes about how bad Justin is and blah blah blah. But she’s seeing Justin! She slept with Justin the night I called looking for Justin!” He also revealed that Kari and Justin hooked up in the Are you the One? house right after he and Justin broke up.”

Kari showed up later with receipts of her own, and made it clear that these two are absolutely not in a relationship — or even friends, for that matter!

Max & Justin: All you have to do is look at Max and Justin’s Twitter feeds to know that they’re not currently together…and not on the best terms, either. “Justin and I will have a life long — we fell in love on reality television — so we will have a lifelong friendship, relationship, something there. But at the same time, can I physically love the guy who’s hurt me multiple times and lives in New York? Absolutely not.

Kylie & Justin: Kylie and Justin were a perfect match, but they are NOT together. “I actually tried to talk to Justin countless times [on the show] and he would walk away from me,” Kylie said. “I will not be with somebody who does not respect me trying to play the game. That’s not my cup of tea. I don’t judge somebody based on what they do, but don’t lie to me about stuff.” She also revealed that she’s pissed after finding out that a Justin/Kari hookup went down, and said that both Kari AND Justin have been hitting her up since filming ended. “Justin, maybe two weeks ago, [hit me up] saying — I see why you’re my perfect match more and more every day…oh NO!!! I’m done with it.”

Brandon & Aasha: Brandon and Aasha were the first confirmed perfect match on the show, but it doesn’t look like their relationship progressed after their time in the honeymoon suite. “Aasha and I were like this *crosses fingers*,” Brandon said. “In the house, it could’ve gotten to the point where we got romantic, but in the honeymoon suite, we were like….f*** this s***, what happened!? We’re out way too early. Aasha and I got each other intellectually. We had a very good connection in terms of how we got to know each other and we could speak to each other without even talking. That’s how our relationship got built. It wasn’t off anything like…let’s build a relationship and be together forever. It was never anything like that.”