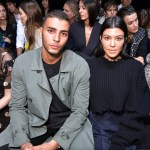 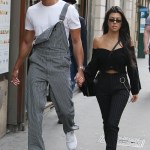 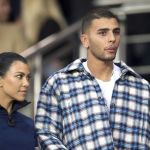 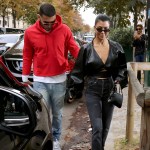 Kourtney Kardashian is a busy mom with a thriving lifestyle brand to manage so she’s feeling ‘completely fulfilled’ living the single life while focusing on doing what she loves!

Kourtney Kardashian has been flooding her social media with photos from her international getaway with her three children, Mason, 9, Penelope, 7, and Reign, 4. So it’s no wonder any potential romance for the Keeping Up With the Kardashians star has taken a “back seat” while she enjoys family time and working on her lifestyle brand Poosh. A source close to the mom-of-three told HollywoodLife EXCLUSIVELY that she is totally okay with not having a boyfriend at this point in her life. “Kourtney has a really full plate right now between taking care of her kids and focusing on building Poosh into the empire that she envisions it to be,” the friend said.

“So at this point, her love life really has taken a back seat to everything else. That’s not to say that Kourtney wouldn’t be open to romance or that she’s trying to remain closed off to a potential opportunity,” the pal went on to explain. “But she spends so much time with her kids and working, and she isn’t going out every night and meeting men. Plus, Kourtney keeps a very tight circle of friends and there really isn’t much opportunity there for any romantic interests. She is a huge believer in fate and feels that if the right person is out there then they will find each other when the time is right. But for now Kourtney is feeling completely fulfilled and doesn’t think she’s missing out on anything just because she’s not in a committed relationship.”

Kourtney celebrated turning 40 on April 18 and while she hasn’t had a serious boyfriend since breaking up with model Younes Bendjima in Aug. of 2018, there were still flirtations going on between the pair just days before her birthday. “Ya look good minnie mouse,” he commented on her Apr. 12 Instagram post, to which Kourtney replied, “merci mickey.” Meanwhile, Kourtney’s ex and the father of her three children, Scott Disick, 36, is likely gearing up to celebrate the 21st birthday on Aug. 24 of his model girlfriend, Sofia Richie, who he began dating two years ago. As we reported earlier, a source told HollywoodLife that “Sofia loves Scott so much and it has always been incredibly important to her to bridge the gap with Kourtney and all the KarJenners. Sofia completely understands how close Scott is, and always will be, with their family and knew it was crucial she build a connection with them.”