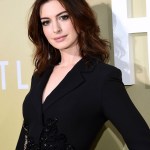 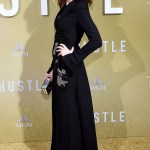 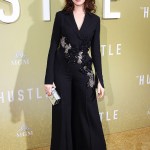 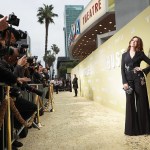 Rebel Wilson calls working with Anne Hathaway in ‘The Hustle’ a ‘dream come true’ in this exclusive behind-the-scenes video. Anne also discussed how that British accent came into play.

Rebel Wilson and Anne Hathaway had one hilarious dynamic in their movie The Hustle, which is out on Blu-ray on Aug. 20. The movie wouldn’t have worked without their amazing chemistry. “It really did rely on our chemistry together,” Rebel says in our EXCLUSIVE video. “It was really just a dream come true because we both came to set each day as two actresses ready to bring it.”

Anne first heard about the film from its co-writer Jac Schaeffer. Once she learned that Rebel was involved, she asked who they were thinking of for the other leading role. “Rebel was always attached but then when Annie became involved it’s just a no-brainer,” Jac notes. “Anne Hathaway, Rebel Wilson facing off. Like, who’s not going to go see that?”

Anne also opened up about the humor in the film. “We were very much in line with the tone of it, the idea that it should feel elevated, the idea that the humor should feel very relatable but also very sophisticated,” the Oscar winner says. “And to that end, he felt very strongly that Josephine should be British. I am of course not British, so I was of the opinion that she should maybe be American. But he insisted that she would be funnier English and he was right.”

The Hustle was released in theaters on Mother’s Day weekend 2019. The movie marked the first time Rebel and Anne have worked together on a project. We have a feeling they’ll be reuniting onscreen again soon!