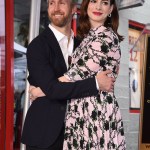 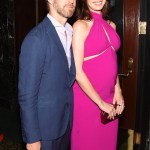 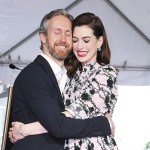 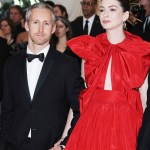 Congratulations to Anne Hathaway! The ‘Oceans 8’ star just announced that she and husband Adam Shulman are having their second child together. And Anne’s baby bump is adorable.

How exciting is this? Anne Hathaway, 36, surprised her fans with an amazing announcement on Instagram: she’s pregnant! Anne posted a cute mirror selfie on July 24 that showed her flaunting her large baby bump while wearing a flowing tank top and denim cutoffs. She teased her fans by assuring them that the bump wasn’t a prosethic for an upcoming movie role — it’s the real deal! This bun in the oven is the second child for Anne and her husband of seven years, actor Adam Shulman, 38. The couple are already parents to a three-year-old son, Jonathan Rosebanks Shulman, who was born on March 24, 2016.

Anne accompanied her baby bump pic with a heartbreaking and inspiring message to mothers everywhere. “It’s not for a movie…⁣⁣ #2⁣… All kidding aside, for everyone going through infertility and conception hell, please know it was not a straight line to either of my pregnancies. Sending you extra love 💕”. Anne and Adam try to keep their private lives just that, and are not seen out that often with their toddler Jonathan. So it’s extra intimate that The Devil Wears Prada star shared something so intimate with her fans.

It’s unclear when Anne is due to give birth, but we shouldn’t expect for her to break that news. Anne admitted after giving birth to Jonathan to lying about the details of her pregnancy in interviews. “Because people [would] come up and [have such] good intentions but they were like, ‘Do you know what you’re having?!’” she said during a May 2016 appearance on The Late Late Show with James Corden. “And I was like … ‘Hmm. No.’ And then they were like, ‘When [are you] due?!’ and I’m like, ‘May,’” she added. “I just gave all the wrong information.”

It’s not for a movie…⁣⁣ #2⁣ ⁣All kidding aside, for everyone going through infertility and conception hell, please know it was not a straight line to either of my pregnancies. Sending you extra love 💕

In the meantime, the Oscar-winning actress has a busy schedule ahead of her. Aside from teasing a Princess Diaries sequel, Anne has the following movies in the works: The Last Thing He Wanted, Sesame Street, The Witches, and The Life Boat. We can’t wait!