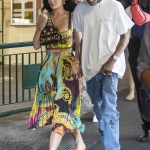 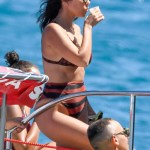 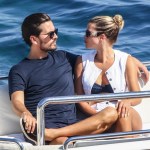 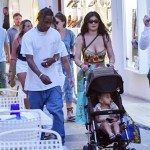 The Kardashians took over Italy at the end of July into mid August during their lavish vacation. The family, including Kris Jenner and Kourtney Kardashian, celebrated Kylie’s 22nd birthday on a massive yacht, and we’ve rounded up their hottest vacation pics!

It’s been quite the summer for the Kardashian-Jenner family, who’s spent most of August vacationing in Italy! The famous family headed to Europe at the end of July in celebration of Kylie Jenner‘s 22nd birthday, which fell on August 10. The Kylie Cosmetics CEO, along with boyfriend Travis Scott and their daughter Stormi Webster, were joined by Kris Jenner and her boyfriend, Corey Gamble, Scott Disick and his girlfriend, Sofia Richie, Kylie’s BFF Anastasia Karanikolaou, and more of Kylie’s girl squad. And, Kourtney Kardashian wasn’t too far behind. The Poosh founder spent the most time away from the family as she bonded with her and Scott’s children, Penelope and Reign Disick. — While Kylie’s been sharing behind-the-scenes snaps of their Italian getaway on social media, we’ve rounded up the family’s best vacation snaps, which you can see in our attached gallery!

What’s a Kardashian-Jenner vacation without a yacht? The family spent a ton of time on a lavish boat, which featured multiple levels, as seen on social media. Everyone (of age) let loose with tasty beverages including tequila, wine and other frozen cocktails. Meanwhile, they dined on pastries, fresh fruits, charcoal-grilled pizza and more savory dishes.

Kylie, Travis, Kris, Corey and Sofia were all spotted strolling through numerous shopping areas including Portofino, Positano, Sardinia and Nerano. The entire family dressed to impress on their Italian getaway, with Kylie, Kourtney and Sofia donning sultry swimsuits and colorful dresses. It seems as though they’ve hit every checkmark on the trip list so far, as we’ve seen them taking in the mountainous sights, frolicking in the sea and enjoying the nightlife Italy has to offer. 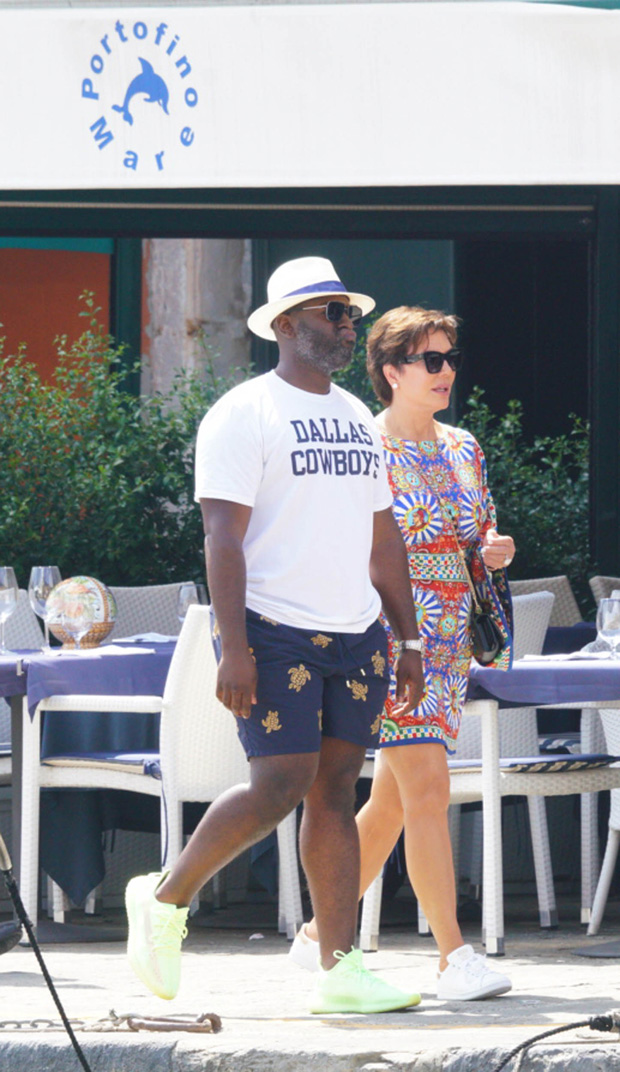 Corey Gamble and Kris Jenner on a stroll in Italy. (Photo credit: MEGA) 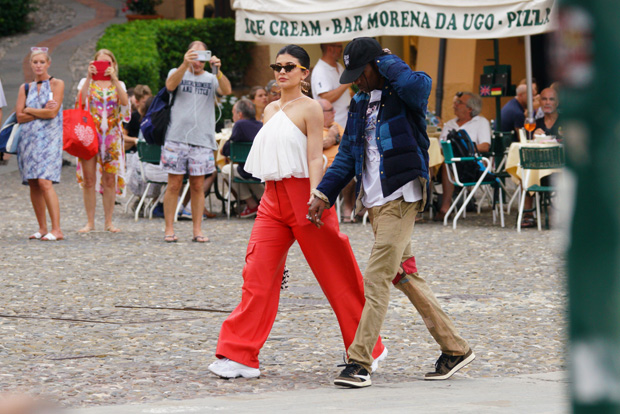