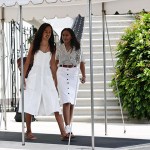 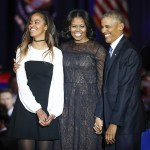 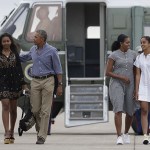 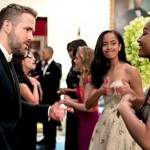 Michelle Obama is so proud of her daughters, Sasha and Malia Obama. The former FLOTUS praised their intelligence and independence in a new interview, and described what makes them different.

Michelle and Barack Obama‘s daughters are growing up, and they “couldn’t be more different,” according to their mom. Now, don’t take that the wrong way; the former First Lady couldn’t be prouder of Sasha and Malia Obama, and the accomplished young women they’ve become. Michelle explained in the September 2019 issue of British Vogue that despite their differences, Sasha, 18, and Malia, 21 have some things in common: their intelligence and independence!  “Malia and Sasha couldn’t be more different,” Michelle told the magazine, which was guest-edited by Duchess Meghan Markle. “One speaks freely and often, one opens up on her own terms. “One shares her innermost feelings, the other is content to let you figure it out.

“Neither approach is better or worse, because they’ve both grown into smart, compassionate and independent young women, fully capable of paving their own paths,” she added. Michelle didn’t reveal which daughter was which, but we have a feeling that the more outspoken one is Malia. The Harvard sophomore is content with living her own life and speaking her truth while in college. Remember when she was photographed smoking, and wore a “smoking kills” t-shirt the next day? Legend. A big part of the former First Daughters’ becoming fiercely independent was Michelle’s realization that she had to “let go” as they got older.

“Try as we [moms] might, there’s only so much we can control,” she explained. “And, boy, have I tried – especially at first. As mothers, we just don’t want anything or anyone to hurt our babies. But life has other plans. Bruised knees, bumpy roads and broken hearts are part of the deal. What’s both humbled and heartened me is seeing the resiliency of my daughters.” Meghan was enthralled, and actually asked Michelle for some more advice about motherhood; the Duchess of Cambridge just welcomed a son, Archie, in May with husband Prince Harry.

“Motherhood has taught me that, most of the time, my job is to give them the space to explore and develop into the people they want to be,” Michelle told the new mom. “Not who I want them to be or who I wish I was at that age, but who they are, deep inside. Motherhood has also taught me that my job is not to bulldoze a path for them in an effort to eliminate all possible adversity. But instead, I need to be a safe and consistent place for them to land when they inevitably fail; and to show them, again and again, how to get up on their own.”