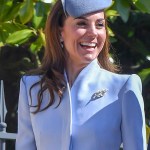 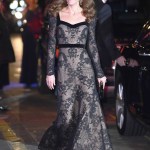 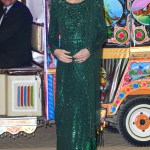 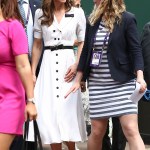 Kensington Palace made a rare statement about rumors that Kate Middleton has had work done. The speculation began after a plastic surgeon claimed she ‘loves’ Botox.

Leave Kate Middleton and her face alone! After a plastic surgeon implied the Duchess of Cambridge, 37, got Botox, Kensington Palace shut down the rumors in a rare statement. The allegation is “categorically not true,” a spokesperson for the palace said in a statement to The New York Post on Wednesday, July 24, adding, “In addition, The Royal Family never endorse commercial activity.”

British plastic surgeon Dr. Munir Somji sparked speculation Kate’s had work done when he shared a side-by-side photo of her to the Instagram account for the Dr. Medi Spa Clinic on July 23. “Our Kate loves a bit of baby Botox,” he captioned the post.

Dr. Medi Spa Clinic marketing manager Sammy Curry believed Somji wasn’t implying Kate was a client of his by using the phrase “Our Kate,” but instead thought he was describing her as “The UK’s Kate.”

However, when asked if the royal is a client at the clinic, Curry kept mum. “We wouldn’t be able to disclose whether she is a client or not,” she told The Post. “We have non-disclosure agreements where we can’t disclose our high-end clients. We absolutely can’t comment at all that she has come to us.”

She added Dr. Somji shared the images of Kate because “he thought it was a good comparison picture to use to show the effects of Botox and obviously baby Botox which he does himself.” Baby Botox is the same as regular Botox, or botulinum toxin, but is injected differently. This method is deposited in smaller amounts into more areas on the forehead and around the mouth. Curry says this option allows for “more subtle results.”