Sofia Richie and Scott Disick enjoyed a lunch date at Malibu Country Mart on Monday after her girls’ trip with Kylie Jenner. The couple rocked denim looks on their day out in the Malibu sun. Sofia, 20, wore mid-length, frayed jean shorts with a simple black tank, while Scott, 36, wore blue jeans and a white tee. Both the model and businessman (and self-proclaimed Lord) shielded their eyes with black sunnies. Sofia stepped out in white Chanel slip-on heels with a black pointed toe, while Scott was a bit more causal with white sneakers on.

It must’ve been a scorcher in Malibu that day, as Sofia shared that it was “so damn hot,” in a series of selfies on Instagram yesterday. The model posed for a few sultry snaps while inside, presumably ahead of her day out with the Flip It Like Disick star. Her hair was down and wavy in the photos, and the hairstyle held up in the Malibu heat when she was spotted out with Scott (as seen below).

The couple reunited after Sofia’s Turks & Caicos vacation with Kylie’s girl squad last week. The makeup mogul brought along her inner circle for a girls getaway in celebration of her new Kylie Summer Skin collection, which launched on July 22. Kylie, along with Ariel Tejada, Victoria Villarroel and Anastasia (Stassie) Karanikolao, along with her daughter, Stormi Webster boarded a pink and white private jet that read “Kylie Skin”, on July 13. The girls later touched down in Turks and headed to a private mansion, where they (obviously) snapped a slew of sultry photos. All of the girls supported Sofia’s new Frankies Bikinis collection by wearing different tie dye swimsuits from the new collab in group photos. 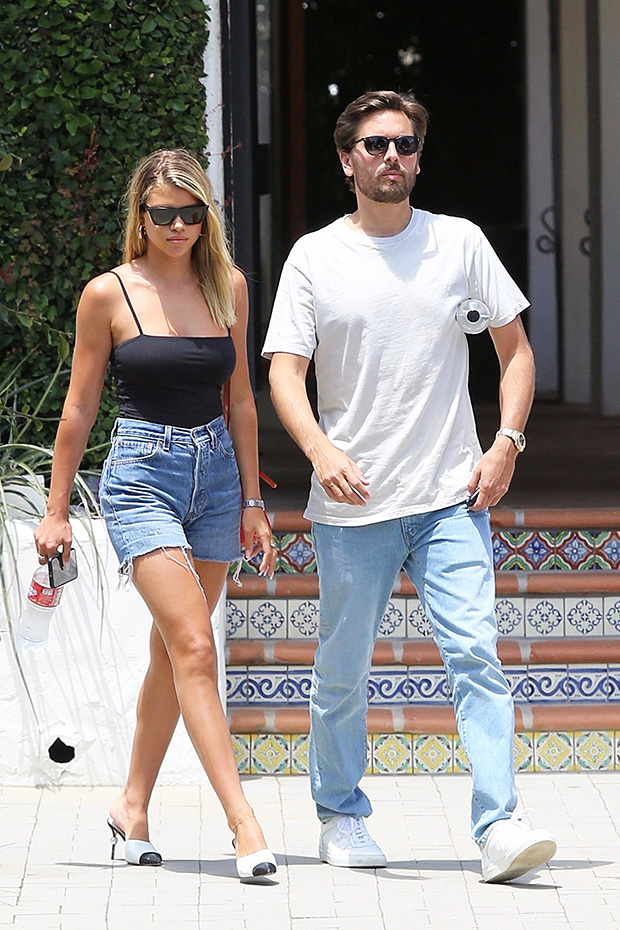 Kylie and Sofia have been closer than ever these days, especially after the mother-of-one cut ties with her former best friend, Jordyn Woods after news of her apparent hookup with Khloe Kardashian‘s now ex-boyfriend, Tristan Thompson back in February. “Kylie went from spending so much of her time with Jordyn, that she had to find other ways to fill that space in her life,” a source previously told HollywoodLife, adding that Kylie started “nurturing” other friendships in her life, including her relationship with Sofia after the drama.