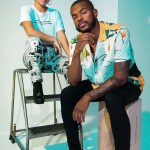 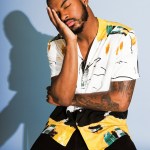 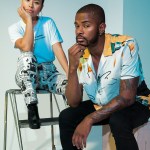 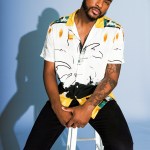 After the release of their joint smash ‘Broke Us,’ Trevor Jackson & Cierra Ramirez stopped by HollywoodLife to reflect on the single, sharing the stage together, & the day they first met (back in school!)

You may know Cierra Ramirez, 24, from her starring role on Good Trouble, and Trevor Jackson, 22, is instantly familiar for fans of Grown-ish, but together — these two are a force to be reckoned with. The multi-talented stars also know how to belt out a tune and they hit the studio together to record “Broke Us,” the post-breakup track we didn’t know we needed. While it’s not entirely a surprise to see the two link up (they’re both on the same label, EMPIRE) we had no idea they would deliver such a BOP. The pair even dropped a super steamy video for the smash and dished on the collab, their friendship and hitting the road together in an EXCLUSIVE interview with HollywoodLife.

“‘Broke Us’ is about kind of a crossroads in your relationship, when you’re kind of starting to wonder if the damage that’s been done…if you can come back from it,” Cierra tells us. “I’ve known Trevor for years, I respect him so much as an artist, he’s amazing, and it just kind of made sense to put him on the song. When he was down, I was like ‘yes!”

While one may assume that the pair met via their record label or through Freeform, their TV network, Trevor and Cierra actually go WAY back. “We met at school,” the stars said in unison during our interview, before sharing some throwback memories. “She never talked to me,” Trevor said to which Cierra instantly protested. “He said that, but I don’t know what he’s talking about!”

As if an epic collaboration between both artists wasn’t exciting enough, the pair even shared the stage together a number of times summer. Fans got the ultimate treat when Trev invited Cierra on-stage to perform their joint track at select stops on his RD2 tour. “It’s been amazing,” Trevor says of the tour. “Especially for this album, Rough Drafts Pt. 2, it’s one that’s really close to my heart. It’s the realest I feel like I’ve been with my fans in a long time. So, to be able to share those moments with Cierra is amazing, and they [fans] know all the words to ‘Broke Us,'” he explains. “It’s crazy!” Cierra adds.

For Trevor, his latest record holds a deeper meaning that might not initially meet the eye. “I feel like in this day and age we try to rush to perfection and there’s so many steps you have to go through before that, and we have people killing themselves because they feel like they’re not enough or they’re not where they think they should be, and you always are exactly where you should be in the journey, you know? So, it’s going to take a few mess ups…a few rough drafts to get to that final draft. This is part two of that,” he tells HollywoodLife, before adding that the late Prince had a major influence on the album.

Fans have been waiting with bated breath to hear more original music from Cierra as well, and that’s exactly what they’re going to get. “I have an album coming out,” she excitedly said in our chat. “One that you can expect maybe around the end of July or early August. It’s not named yet, but stay tuned!”