Megan Fox had the most adorable lunch dates on Sunday! The actress, 33, held hands with sons Noah Shannon, 6, and Bodhi Ransom, 5, as they were photographed leaving LA’s sushi hotspot, Sugarfish. Megan and her little ones let their hair down for the outing, as seen (below) in a photo of them walking down a set of stairs.

The Jennifer’s Body star wore navy blue capri pants with white stars throughout and a plain white t-shirt. She paired her look with a multi-colored, cross body bag and a straw hat with the top cut out. Noah and Bodhi were both dressed casually in t-shirts, sweats and sneakers, as they held onto their movie star mom’s hands. 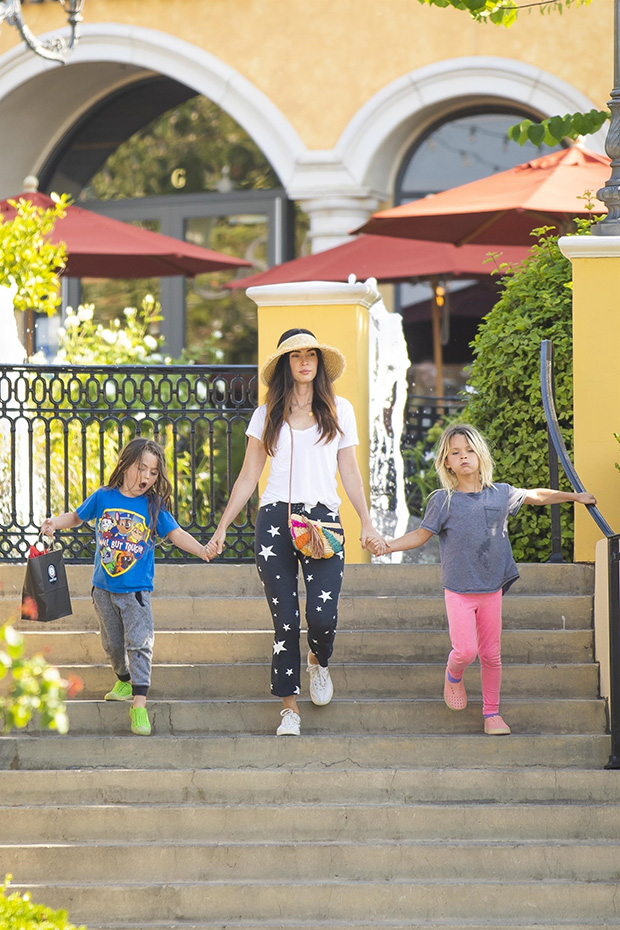 Back in May, Brian also took to Instagram to share photos from the set. He shared a snap of the outside of the Peach Pit, the show’s well known hangout, writing, “Pretty f-n nostalgic :)).” He also noted that the cast began shooting the new series on May 27.