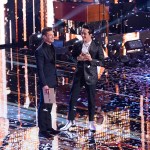 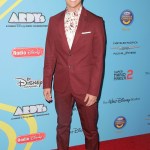 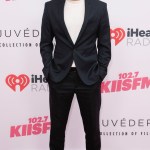 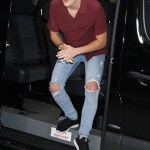 Fresh off his ‘American Idol’ win, Laine Hardy chatted with HollywoodLife EXCLUSIVELY about his love life, upcoming new music and much more!

Laine Hardy’s life has been an absolute whirlwind since he was named the winner of season 17 of American Idol one month ago. “It’s been really intense and fast paced and quick,” he told HollywoodLife EXCLUSIVELY. It’s no secret that the 18-year-old is a total heartthrob, but he revealed that his focus right now is solely on his music. “A relationship is probably not a good idea right now because I’m always traveling,” Laine admitted.”I’m always away from home. I really think it would put a lot of weight on me. I can’t give the attention that a girl needs right now. It’s hard to do that. So I really need to focus on this right now, and do the work now, and then I can do something else later. I gotta do me and the rest will fall into place.”

Since Laine has been chasing a career in music for quite some time now, he already has a number of songs under his belt, but he said he plans to leave those in the past as he embarks on what’s to come. “My older songs are there from me experimenting with my fans before,” he explained. “I was still trying to figure out who I was as an artist and experimenting with all different kinds of songs. Eventually, I’ll get it right. [With] my album or next single, I don’t know what to expect, really. It’s going to be cool. I’m going to put a lot of my influence into it and see what comes out of it.”

The Louisiana native has been spending a lot of time in Los Angeles since his Idol win, but he told us that his ideal place to be right now would be Nashville. “I’ll be back and forth from all different kinds of places,” he said. “But, for music purposes and since it’s more convenient and stuff, I’d probably like to stay in Nashville and go back and forth from there to [Louisiana].”

While Laine did not have a timeline on when new music would be released just yet, he did tease that he’d love to work with American Idol runner-up, Alejandro Aranda, 24, again now that the show’s over. “Me and Alejandro doing something together in the future would be cool,” he dished. “We’re really close. I just talked to him. Eventually, maybe something with Alejandro — that would be cool! I’ll talk to him about it and see what we can do.”

Check out more from our interview with Laine in the video above!