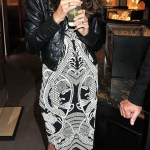 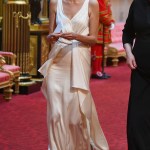 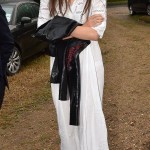 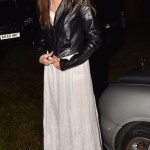 Rumors of an affair with Prince William and broken friendship with Kate Middleton have caused ‘great distress’ to Rose Hanbury, the Marchioness of Cholmondeley, according to a new report.

From speculation of an affair with Prince William, 37, to a now “estranged” relationship with his wife Kate Middleton, 37, the unfounded rumors are supposedly weighing down on Rose Hanbury, 35. The Marchioness of Cholmondeley has been a popular subject in royal gossip, and her confidantes “describe her as ‘lonely’ and increasingly isolated,” according to The Mail on Sunday’s report on June 15.

Although there is no proof behind these rumors, the outlet’s sources added that “people are worried about [Rose],” and “the most loyal friends are sticking by her but others, they haven’t.” All the speculation — such as a March report that claimed Kate “had begun to ‘phase out’ Rose from her circle of confidantes [the Turnip Toffs]” — has caused “great distress” to Rose. The former model’s not used to the attention, as she “suddenly found herself the talking point of everyone in the area,” The Mail on Sunday reported. Rose is neighbors with Kate and William in the English countryside of Norfolk.

Rose isn’t hiding from the public, however. She even made a surprise appearance at the State Banquet for Donald Trump at Buckingham Palace on June 3 — the very same function that Kate attended. But Rose drew curious eyes after ditching her wedding ring for the night, which led her close associates to wonder if the socialite was “making a statement,” The Mail on Sunday also pointed out. “On top of that, she has a husband who is away more than he is present. It has been a lonely time,” one of the outlet’s sources added, referring to the Marquess of Cholmondeley, David Rocksavage, 58.

Tabloid readers aren’t the only ones wrapped in this royal drama, which William’s layers have reportedly denied, according to The Daily Beast. “Royal advisers have stepped in to help the Marquess [Rose] and Marchioness [her husband] with handling the media, advising them to say nothing,” The Mail on Sunday claimed. HollywoodLife reached out to Kensington Palace, and a rep from the press office had no comment.