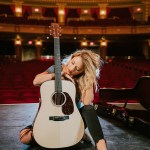 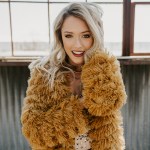 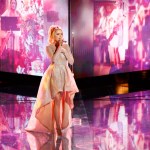 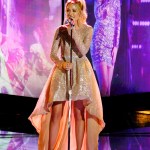 Nearly four years after finishing in second place on ‘The Voice,’ Emily Ann Roberts is ready to embark on her music career — and she opened up to us EXCLUSIVELY about how her coach, Blake Shelton, helped inspire her authenticity.

Emily Ann Roberts, 20, was just 17 years old when she was named runner-up on season 9 of The Voice in 2015, so rather than jump into trying to start her career right away, the Knoxville native took some time to find herself and work on making music that really means something to her. “I’ve been really patient because I just wanted to make sure that, when I started releasing music and sharing the stuff I was working on, that it was 100 percent me,” Emily told HollywoodLife EXCLUSIVELY during the CMA Music Festival. “I didn’t want to rush a release and look back and say…oh gosh, I wish I did it this way instead.”

The decision for Emily to take her time with releasing music was encouraged by her manager, Narvel Blackstock, who she connected with through her coach on The Voice, Blake Shelton. “It was the biggest favor Blake could’ve done for me and I’m so, so grateful,” Emily admitted. “Before I graduated, I met with Narvel, and he was like….you don’t need to rush this. You have time to figure it out. So it made me be able to relax in it. I took my time and really worked on making the best music I can.” By the fall of 2018, Emily was ready to start putting her tunes out there.

It started with “Stuck On Me And You” in September, followed by “I Got Forever” in October. The beginning of 2019, though, was all about preparing to release her first single, “Someday Dream,” which came out in April. Emily returned to The Voice in May to perform the track live.”It was like coming back to high school!” she gushed. “It was crazy. It all felt the same…it smelled the same. It was really fun. I hate to be cheesy, but it was a ‘someday dream’ come true to be able to go back and sing a song I had written. To be able to go back and say…being here was an incredible experience, but here’s me, was amazing.”

Of course, Blake was sitting in his big red chair like a proud papa to watch Emily perform, and she told us that his unwavering support has been instrumental as she’s embarked on her career. “He was alway so supportive of me just being me,” she explained. “I was on the show doing older country classics because that’s where my heart is. I wasn’t doing the whole pop country thing, and that was something I struggled with. I was like…is this too old? Are people not going to like it? But he was supportive. He was like…Emily, you have to just do you! Narvel was the same way. That just helped me so much.”

Emily added that it’s been so “important” to her to have people like Blake and Narvel encouraging her to be herself. “That was the biggest thing [Blake] could’ve ever done for me, really,” she said. “Just letting me know…I got your back, and I love this stuff you’re doing and you’re allowed to do it. That was so important to me.”

Following the release of “Someday Dream” the song, Emily will be dropping Someday Dream the EP on July 12. “I’m so excited to share it with everybody,” she admitted. “It’s a little body of work and I’m so, so pumped about it. And we’ll be coming with even more after that! I’ve been writing for three years, and I’ve got so much stuff.”